JacoBlog - Jacobs Media's Blog: What's In It For Me?

What's In It For Me? 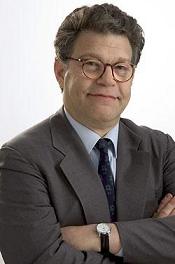 Al Franken has been in the news a lot this year because of the crazy Minnesota senate stalemate.  It's often difficult for us boomers to think about Al as a U.S. Senator because our first exposure to him was on Saturday Night Live.

One of his best bits revolved around his premise that "The Me Decade" would be followed up by "The Al Franken Decade" where everything would be based on what it meant for "me, Al Franken."

That's why one of Tom Taylor's Radio-Info emails last week really resonated for me. The headline "Music radio doesn't talk about music anymore" was continued coverage of the Alan Burns study, showing that CHR and AC stations rarely focus their attention on listeners.  Instead, stations tend to plug their promotions, contests, or their websites.  In short, Alan's point is that when it comes to programming, it's often all about the station and not the listener.  Or "What's in it for us, radio?"

But why should that be surprising?  Programmers have learned the lessons taught by their managers and owners: We need more and longer listening occasions.  We have to extend time spent listening.  We must create a more seamless PPM environment.  We need to figure out how to strategically place our stopsets in order to play the most commercials.

I'm in a lot of these meetings, and have done my share of brainstorming these types of tactics.  The more time you spend on maximizing what's good for the station, listener fulfillment suffers.  None of this is about what the audience needs and wants.  In fact, most stations have stopped asking.

And don't mistake testing the music for customer service.  AMTs aren't about improving the customer experience - they're about eliminating mistakes to enable longer spans of listening.

Real audience research is about trying to determine how we can improve the overall experience of interacting with our station, and providing content that is unique, entertaining, and worthy of their time.  What types of activities and services make listeners want to tell a friend about the station - without having to ask them to do so?  Companies that truly care conduct this type of research, along with customer satisfaction studies, as mandatory investments.  In short, it's the price of doing business.  Radio stopped paying for genuine, audience-focused research a long time ago.

The rest of Tom Taylor's email that day seemed to focus on higher margins - who has them, which companies are doing well in the margins race, and how radio is still a great business when it comes to generating high margins.

But as Ed Christian noted in the same issue, aren't high margins ultimately harmful to the "long term health and profitability" of radio?  Yet, now that the economy is improving, it sure feels like the race to crank higher margins will only intensify.  Is that how we prove to Wall Street that we're still a viable business?

What ever happened to proving to the audience that our stations are still worthy of their time?  You won't read that in a Miller Kaplan report, but that's the true nature of the competition that radio is facing.  It's not how your station ranked last month against Q106 in sales.  It's how your station holds up against the real competition - the vast menu of oncoming digital entertainment and information options.

And that leads to my conclusion that too often, attempts to increase profit margins come directly at the expense of the listener experience, and ultimately, the long-term good of the business itself.  These higher profit margins haven't been generated with more sales or higher rates - they have been accomplished with staff cutbacks, decreased services, more voicetracking, cheaper payrolls, less research, and lessening investment in the product.

While I'm sure some owners or CEOs will take exception, the timing of the Telecommunication Act of '96 was abysmal.  At precisely the time that big companies started aggregating stations, becoming bigger, and less attuned to local listeners, the Internet and digital entertainment was just ramping up.  In retrospect, it was the perfect storm for radio.  While consolidation was providing a false sense of invincibility to ownership, radio listeners were discovering they had bona fide options.

When you think about it, just about every product of radio's rampant consolidation has translated into a less positive experience for consumers.  Leaner staffs, more commercials, and doing it on the cheap only worked when radio was the only game in town.

That's a big reason why HD Radio hasn't gotten off the ground.  Consumers can tell when companies are serious about getting it right - and when they're mailing it in.  When you're up against Steve Jobs or Jeff Bezos, you'd better bring your A Game.

Radio's problem isn't just that there's more competition from the Internet, iPods, and video games.  Of course, the advent of more toys, gadgets, and media has taken its toll.  But an often overlooked factor is that so many of these new outlets and services simply do a better job of serving their customers.

When you look at the approaches that companies like Amazon, Pandora, Apple, and so many others employ, they scream "customer focus."  They go out of their way to stay in touch with their end users.  They are friendly, open, and create communities of followers.  They allow consumers to have a voice, to share opinions and reviews, and to even be critical.  Because that's how you improve and get better.