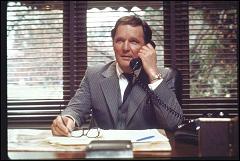 Yes, it's that time of year where all of us parents breathe a little sigh of relief that our offspring are headed back to the halls of wisdom for yet another academic year of learning.  Last week, President Obama acknowledged the need for students to take their education seriously this year, work a little harder, and set lofty goals.

He could have been speaking to just anybody in the business world.  We're getting schooled every day by the reality that nothing is what it used to be, and that change is everywhere.  The ability to cope with incessant change and turbulence is what truly separates the successful from everybody else in this bizarre, unpredictable environment.

It is also another reason why we should look for different ways to educate ourselves about how to cope with and understand change.  How to learn new things that can help us get smarter, and better prepare us for the unknown future yet to come.  If we've learned anything in the past year, it's that no one knows what's coming next.

In a recent "Change This" manifesto, M.J. Ryan a "change coach," noted that "the ability to adapt is, as far as I can tell, is the key indicator of success in these turbulent times.  It's the capacity to be flexible and resourceful in the face of ever-changing conditions."

One of the forces that often acts as a roadblock to change is trying to analyze what's happening right now by comparing it to something that has occurred in the past.  Lots of radio people have fallen into this trap when considering how radio adapted back in the '50s when that "new medium" - television - exploded on the pop culture scene.  The thinking is that we've been through this before, and we'll get through it again.

But in order to effectively change, we have to be willing to see our world in a different way.  We have to be open-minded to different opinions and schools of thought.  We have to be agile enough to take on the task of learning new things - even if it occasionally hurts or causes us to question the comfort of our own conventional wisdom.

This is why we have designed this year's Summit with change in mind.  We have booked four great mind-opening sessions that we hope you can be a part of - because this year, they will not be streamed on our website.  As they say, you have to be there.  And we hope you can make the trip and commitment to buy an NAB badge, and make the trip to one of my favorite cities, Philadelphia.

I can promise you that change will be in the air, but it will be the kind of refreshing, thought-provoking, experience that you've come to expect from our Summit. 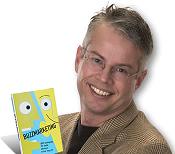 First off, author Mark Hughes will address how we need to think differently about generating word of mouth for our content.  The days when you could fly down to Nashville, buy a television spot off the rack, run 300 GRPs a week, and expect a great book are over and done with.  Aside from the fact that you have no money, that dog no longer hunts in the modern world of pop culture choice.  Mark's Buzzmarketing is a textbook about how you can spread the word about your content in clever, effective, and yes, even inexpensive ways.  It's our first class of this year's Summit and we're expecting to be taking lots of notes. 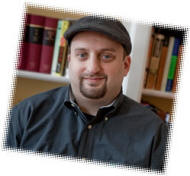 Up next is an opportunity to sneak a peek at that smart guy sitting next to you in class - the one who always seems to be ahead of the curve.  And in this case, there will be no suspensions or punishments for stealing a few good ideas.  Revolution Messaging's CEO, Scott Goodstein, just happened to serve as the External Online Director of Obama For America - yup, putting together the strategy for social networking, texting, and building community that we all marveled at during the campaign last year.  Whether you love or loathe Obama, you have to admit he kicked some serious digital ass, and so we'll be all ears for Scott's session. 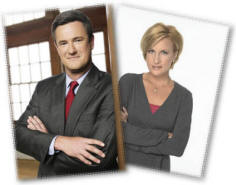 Then it's time to meet some unique content providers.  Not the usual jocks, hosts, and group guys, but professionals who are doing it differently - and winning big.  We've got MSNBC's Joe Scarborough (IS he running for the Presidency in 2012??) and Mika Brzezinski, co-hosts of the amazing "Morning Joe."  It's only the best radio morning show...on TV.  (Not surprisingly, Citadel Media is now syndicating a radio version of their show.)  Joe and Mika will get down to the details about how they put the show together, the team, the prep, and even how they've integrated Starbucks into the show.  These guys have figured it out, and have gone to the head of the class.  And OK, there will be probably be a little political talk, too. 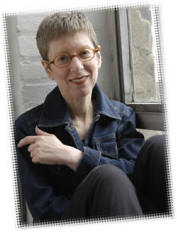 And then our final session features the best interviewer in the business, NPR's Terry Gross.  Hopefully, you've had a chance to hear her Peabody Award winning "Fresh Air" show at one point or another in your radio journeys.  Terry has the uncanny knack of booking great guests (OK, any great producer can do THAT), but also bring out sides of their personalities that you've never heard before. Just last week, Fresh Air" featured Lebron James. When she asked Lebron, "Why did you need a "$50,000 Hummer?" you realize it's an interview that is unique, revealing, and compelling.  From Bruce Springsteen to Gene Simmons, Terry's talked to them all...and her interviews don't sound like the ones you hear on rock radio.

And just to make it interesting, I am tasked with the job of interviewing her.  Sort of like what happens when a walk-on tries to dunk on Lebron.  Hey, you never know, right?   In fact, I can use some help - if you've got questions you want me to ask Terry shoot me an email.

So, once again, it's an afternoon of substance, new perspectives, and hopefully, the chance to learn something new that you can take back to your station - or your career - when you get back home.  And the cost of admission is an NAB badge and a ride to Philly.

And to clear up a misconception that we probably caused ourselves, the Summit isn't just for Jacobs' clients.  It's an all-industry event, and we'll be sure to see DJs, PDs, CFOs, and CEOs in the room.  If you have NAB credentials, you're in.  We hope you make the trip and spend Thursday afternoon with us.

September means back to school, and it also means the Jacobs Summit.  No pop quizzes or bullies on the playground, but the chance to rethink some of those givens, and hopefully realize once again the power of an industry convention and a gathering of your colleagues.

Now get that gum out of your mouth, and let's get to work.