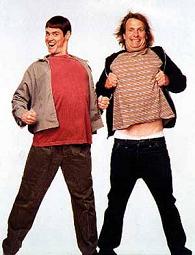 As musicFIRST releases its "Radio Distortion Handbook," the NPD Group ironically reports that one-fourth of the music sold in the U.S. is now credited to iTunes.  And digital is catching up with CDs.  Overall, more than one-third of music sales are now in digital form, and projections indicate that by the end of 2010, it will be an even split between digital downloads and CDs.  All of this continues to make Steve Jobs look smart - and rich.

The record labels and their artists could have enjoyed this windfall, but like Kodak and digital film, they spent years in denial.  From Napster to suing 14 year-olds, the music industry has spent so much time and so much money chasing wild geese that they've missed the golden goose that was there all along.

In the digital world, iTunes earns a 70-share, while Pandora is selling one million songs a month.  Imagine if the labels would have built this model when it was in their crosshairs, rather than concede the revenue to third parties.

And in their desperation, musicFIRST has locked itself in a trench war with radio - the folks who diligently and dutifully have played their releases, promoted their artists and concerts, and even their box sets and digitally remastered nonsense; the folks who have the gold and platinum albums that prove their value to artists and labels.  It's like blaming the car for a wreck when all along it's been driver error.

When was the last time you bought a CD?