« Only the Schizophrenic Will Survive | Main | A Tale Of Two Conventions » 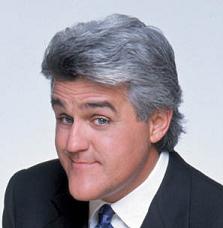 There's been a lot of attention in recent weeks about NBC's new 10 p.m. entry, The Jay Leno Show.  Aside from its prime time Monday-through-Friday time slot, the big news about the show is its cost.

Specifically, the potential return on investment for the Leno prime time experiment is quite high, given that its production costs are exponentially lower than dramas, action shows, and even sitcoms.  As the networks have learned with relatively cheap Reality TV shows, ratings aren't the only measure of success.  The question now revolves around how large an expenditure is required in order to reap respectable audience levels.

Thus, if the Leno show isn't an immediate winner in Nielsen, NBC may still claim victory because it's a much less expensive show to produce than other genres that may generate higher ratings.

In some ways, it may be reminiscent to radio observers of the Jack-FM format, which is having impressive ratings success - especially in PPM markets - at a fraction of the cost of personality-intensive radio.  Many managers and owners of these "variety" format stations are chest bumping each other, celebrating higher ratings and dirt cheap costs.

But that's where the Leno analogy comes up short.  While NBC may be spending much less money to produce the show, the content, personality, and unique value of Jay Leno make up the core of this show's intrinsic appeal.  It's not bare bones, cheaply produced, or boring - nor will it be easy to copy.  And as a pitchman, Leno has skills that will make sponsors a lot of money.

For Jack-FM stations, enjoy the ratings while you can.  As more and more Internet stations hit the market, and as access continues on smartphones and in cars, consumers will have many options beyond Jack that they can program themselves, without commercials.  The smart ass voice in between songs will not save these stations from being replaced by sleeker, less cluttered streaming alternatives.  And as advertising vehicles, the lack of notable, familiar personalities has always made these stations difficult to market to clients looking to generate foot traffic and ringing cash registers.

The other interesting news about the Leno show is how it's being marketed.  Happily, radio plays a starring role in promoting the 10 p.m. time slot (or 9 p.m. in the Central Time Zone).  Working with the Katz Media Group and innovators like Bob McCurdy, a targeted campaign has been crafted to promote the start time by running commercials at "10 after" the hour (or "9 after"), even though it often means violating a station's clock architecture.

This is another sign that the days of rate cards and traditional spot schedules are grinding to a halt.  The leap of faith that always came with the 18-spots-a-week package has run out of air - and accountability.  Today, advertisers are demanding more from their media dollars - creative solutions, integration, personality participation, and of course, results.

For a lot of reasons, many of us will be watching Leno very closely.