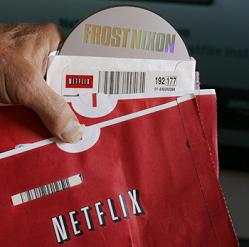 In radio, we have relied on the contest model for many years to bribe listeners, extend time spent listening, and to generate buzz and excitement.  Over the years, radio stations have given away some incredible prizes - scores of Harleys, a new home, and tons of cash, broken down in many different configurations.

It's always been debatable as to whether all of this activity works, but many stations have become addicted to paying listeners to listen.

Recently, however, Netflix - the online video rental company - turned the contest model on its side.  They put up a $1,000,000 bounty to any inventor or team that could figure out a way to improve their online recommendation model.  This is the algorithm that is able to study your rental pattern, and then suggest other films that you would enjoy.  The idea was to put up some cash to encourage some of the most brilliant minds in the world to essentially build a better recommendation mousetrap.

And that's exactly how it worked.  Over a three year period (yes, Netflix has long-term plans), thousands of teams from more than 100 countries competed for the prize money, committing some of their best minds to the project.

As the CEO of Netflix, Reed Hastings, noted: "You're getting PhDs for a dollar an hour."

Now think about the prize model for radio.  Imagine if the NAB and the RAB offered a sizable cash prize for marketers, inventors, and technology experts to come up with viable solutions for the problems ailing radio.

I took part in one of those "Stimulus Czar" sessions at the NAB last week.  While it was flattering to be selected as part of a very smart group of experts, the fact is, we're all a little too "inside radio."  We've been at this for decades now, and perhaps it's time for radio to give us a little control, and let a different set of smart minds have at it.

The New York Times reports that other companies are utilizing the prize model in fields as vast as science and advertising.  This is yet another extension of the "consumer generated" society that we've talked about at past Summits, featuring Ben McConnell and others.

At the NAB last week, there was a lot of philosophizing about when the economy might improve, but little in the way of substantive answers to many of the complex problems facing the industry.  Enough about covenants, debt, and valuations.  It's time for solutions, and perhaps putting up some serious cash would attract some great thinkers - and not just "contest pigs."

Wonder if one of those insurance contest companies would back us?

P.S. The winner was a team of geniuses calling itself BellKor's Pragmatic Chaos.  They were from the United States, Austria, Canada and Israel.  It wasn't too difficult for this group to mathematically figure out how to divide the prize.

As for the Summit wrapup, it took us a little longer to get our photos together, so our blog about the NAB Radio Show and Summit will run tomorrow.