JacoBlog - Jacobs Media's Blog: Only the Schizophrenic Will Survive

Only the Schizophrenic Will Survive 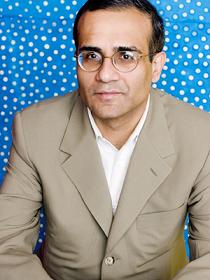 The Denuo Group is an interesting ad agency that manufactures nothing, but devises strategies to help big brands navigate the digital world.  And its CEO, Rishad Tobaccowala is one smart guy who has a way of summarizing what many of us are thinking.

"The future doesn't fit in the containers of the past," he told an audience of advertising mavens at a recent convention.  In Tobaccowala's vision, the ad content that has traditionally been created - banner ads, static TV spots, etc. - doesn't work in new media entertainment and information outlets.

During his presentation, Tobaccowala reminded attendees that part of the challenge is that today's marketing (and in radio's case, our ongoing, fluid content) are in real time, largely because of interactive tools like Facebook and Twitter.  As he noted, "Only the schizophrenic will thrive: You must have two [business] models.  One is smaller and faster, and more risk-prone, and one regular model."

In radio, we have traditionally produced and marketed that safe and steady "regular model," but in the process, it has narrowed our world to competing with other radio stations, in an environment that features less money and fewer users.  It's that "smaller and faster" model that Tobaccowala talks about that features danger and risk because it is more elusive and perplexing.  It forces us to rethink everything, from delivery methods, transparency, consumer interactivity, and sales results models that are well beyond what radio was all about in the '80s.  No one said it was going to be easy. 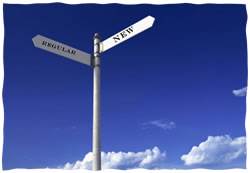 That line - "the containers of the past" - has stayed with me since reading about Tobaccowalla.  I am participating in a version of the "President of Radio" session that we did at last year's Summit at this year's NAB.  They have pulled together a group of so-called "Stimulus Czars" and our mission is to come up with initiatives that could jumpstart broadcast radio.

So, this blog hopefully starts that thinking process, but I would love to hear from any of you via blog posts or contacting me privately, with your thoughts.  I would very much love to develop my "stimulus package" with the help of you citizen philosophers, so please hit me with your ideas and contributions.

Hope to see many of you next week in Philly.