The story about how the Walt Disney folks paid a whopping $4 billion for Marvel's franchise superheroes - Spider-Man, Iron Man, and the gang - caused many investment analysts to gasp.  Did Disney overpay for Marvel's assets, and because many upcoming movies from these comic icons are already owned by other studios, what was Disney's Bob Iger thinking when he cut this deal, especially in the middle of this economic maelstrom?

The strategy is that celebrity sells, and in this case, Disney defines it as the seminal action heroes that move product, games, clothing, theme park rides, and all the other collateral merchandise that we parents (or collectors and fans) have come to know and love. 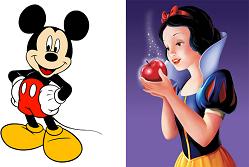 That's because Disney - the home of beloved legacy characters from Mickey Mouse to Snow White - knows only too well about the power of connecting with consumers using personality rather than just amusement park rides.  Kids don't want to go to Disney World because of "It's A Small World" or "Pirates of the Caribbean."  They want the chance to interact with Mickey, Donald, Pluto, and the rest of the cast that provides that relatable magic.  Those are the photo ops from which memories are made.  But the Disney bench is aging, and the decision to bring Marvel's superheroes into the family is recognition that superhero personalities are the lifeblood of their business.

We know this only too well in radio, but we don't often live up to it.  Listeners don't get excited and tell a friend about the fact that your station just played "Free Bird" or even that new Green Day song.  Maybe you can move them with an "A-to-Z" or some other weekend stunt.  But not for long.

It is your personalities that drive talk, buzz, branding, and ultimately loyalty. They are what make you different, exciting, current, and buzzworthy.  And the bigger the better.

Consumers talk about Rush Limbaugh or Ryan Seacrest.  Or your local morning show, if it's any good.

The loss of radio superstars like Howard Stern, Adam Carolla, and Rick Dees must make Disney's Bob Iger shrug his shoulders and wonder what we're thinking.  Because every time we lose one of these shows to satellite radio, podcasts, or some other outlet, radio gets just that smaller in scope and impact.

Celebrity and personality are what sell magazines, drives TV viewing, and fill up theme parks.  They are also what make radio special when it focused on developing, creating, and nurturing proprietary content in the form of talent.  It's the barometer that we at Jacobs use when booking our annual Summit.  That's why we're excited about MSNBC's Joe Scarborough and Mika Brzezinski.  And NPR's Terry Gross.  They are names that you've seen and heard for years, and now you can experience them in a personal convention session format.

As radio continues to jettison its superheroes, fails to promote and market the ones that are still fulfilling their contracts, and gets timid about enthusiastically positioning them to advertisers, the medium continues to diminish because of its short-sighted strategy.

Radio celebrities may not wear tights and capes (that we know of), but they are the lifeblood of a medium that needs an injection of superstardom right about now.  We have commented in the past about those "40 Most Powerful" lists always being dominated by CEOs.  In reality, the strength of our product is about our superheroes - the personalities, shows, and faces that connect with consumers.  While other entertainment outlets go out of their way with resources to grow and secure their franchises, radio would do well to take a good look at its assets and liabilities in a rapidly changing entertainment and information revolution.

Or, as The Thing will say, "It's clobbering time."

I appreciate the consideration.

Interesting Post. I am really enjoy reading your article. I love comic stories. such as Spider Man, Bat Man, Fantastic Four etc. I think this genre movies are superb. thanks.