JacoBlog - Jacobs Media's Blog: The Bones At A Barbeque

The Bones At A Barbeque 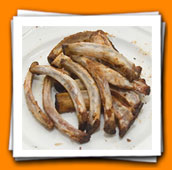 A couple of weeks ago, an old friend and former client, Bob Ottaway, sent me an insightful analysis by Terry Teachout that appeared in the Wall Street Journal.  Titled “The New-Media Crisis of 1949,” it told the story of how network radio’s failure to adapt to television serves as an allegory to radio’s current-day struggle to deal with the invasion of digital media.

Also, Mark Ramsey wrote a blog about this same article that took a somewhat different approach than what struck me after reading it.  But that’s the beauty of blogs – we often have multiple views about what radio should be doing to reinvent itself.

To me, the article was about talent and adaptability – how some radio stars (Jack Benny and Bob Hope) took television and ran with it, becoming even bigger on the tube.  And how others – notably Fred Allen – made himself obsolete in the “new media” environment of the ‘50s by ignoring changing times and technologies.

The article is an important lesson for today’s radio personalities, and a major component of my “Morning Show Boot Camp” presentation last month that encouraged embracing new technology.  Bob Rivers’ session was a similar effort that reinforced the need to utilize and master social networking tools.

Too often, personalities get set in their ways, caught up in the old “theater of the mind” convention, and fail to integrate new ways for consumers and fans to enjoy their content and shows. Technology breaks down the old “time space continuum” that we were first introduced to on Star Trek.  You may be physically in the studio from 5:30-9, but in the new digital landscape, your content can be enjoyed 24/7 – whenever and wherever your audience wants it.  If you allow them the access and control.

That’s the beauty of the web, smartphone applications, and podcasts – the ability for consumers to go beyond your transmitter and tower, as well as your “time slot” to access – and even interact with you and your shows.

New media also has the ability to pull back the curtain and let listeners behind the scenes – something they have always wanted to do.  You may have first had this sensation when you watched the Imus show for the first time on MSNBC several years ago.  It was fascinating to actually witness the sausage being made in the studio right before your eyes.  It wasn’t always pretty, but it sure was compelling. 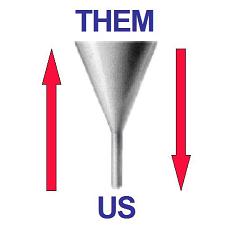 Yet, many personalities are afraid of the webcam, and the buzz that it can bring the station and their show.  Similarly, digital means transparency, and that’s not always comfortable for heritage personalities.  After all these years of radio broadcasters providing thousands of listeners with the content that we wanted them to see, social media flips the funnel.

This notion that consumers have something to say and content to provide is important.  And in this process, they also can acquire information whether we choose to provide it or not.  In this way, they are exerting control over their content, and the more secretive we become, the more the audience creates its own narrative – accurate or not.

A case in point is what happens when radio stations try to quietly let a personality go, hoping that listeners won’t notice.  Today, that exiled DJ probably launches her own website to communicate with listeners, not to mention their Facebook page.  And the audience networks with one another, piecing together the “what really happened” story on their own, for better or for worse.

Last year, I moderated some listener advisory board groups for a station that had recently fired a couple of long-time DJs.  As is typical for radio, there was no communication with the audience – management just made their moves, and waited to hear from listeners via email or phone calls.

In the focus group, respondents starting talking about these personnel changes, and while some were genuinely out of the loop about what happened, others explained how they used search and social networks to find out what transpired, and in the process, formed their own opinions about whether the station acted wisely or heinously.

Again, it’s a matter of adjusting to the new medium, and realizing the new potentials and the new risks of going through the motions of the past, while ignoring the future. 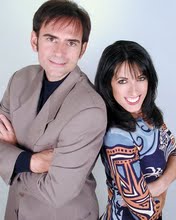 At the “Morning Show Boot Camp,” there was one of those “exciting potential moments” when Gene Gates of the famous “Gene & Julie Show” at KVIL/Dallas took the mic to tell a story about how social networking can work in new and different ways for personality shows.

Many stations and shows simply view setting up a Facebook profile as a way to tell “friends” about upcoming features, guests, and giveaways.  But Gene and Julie discovered that digital networking cuts both ways.

"We were pretty successful, we have been a guest on the Oprah Show, we've been written about in the NY Times, featured on Nightline and dozens and dozens of local newscasts, but to this day I have no idea if any of that hard work ever increased cume, or improved TSL.

“Recently, we were invited to speak to a local group called eWomennetwork.  When they told us there would be 2,000-3,000 people there, it didn't take much thought to realize this could be good for the show.  What we were unprepared for was their intention to email their entire data base to tell them we were coming."

“The founder told us that they have 500,000 members, and they were going to blast all of them to tell them about us.  When we consider the amount of work it took us to speak to their group for 90 minutes and the amount of work it took to get on local TV, there was no comparison.  We spent 1/10th the time and got 1000X the reward.  This one experience completely changed how we view social networks, and local press.”

Especially in an environment where if you ask for marketing money, management starts wondering if you “get it.”  That’s a part of what Terry Teachout wrote about in his article – understanding the new environment, and ascertaining ways to make it work for you, not against you.

While radio may have lost some of its mojo, and a lot of its marketing budgets, there’s more to building brands than a few thousand dollars of cable trade or throwing up a few billboards.  Consumers are rapidly organizing.  Their group activities have become digitized.  Smart broadcasters can tap into that, become a part of it, and expand their cume and celebrity auras.

As Fred Allen became more aware of his diminishing fame, he whined that because of the growth of television, “Radio was abandoned like the bones at a barbeque.”

But not all radio personalities suffered that fate.  The ones who changed, adapted, and figured out that new outlets, gadgets, and media can provide opportunity became even bigger.

That process is unfolding once again right now, before our very eyes.