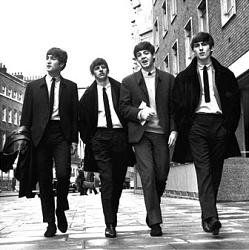 As we approach 9-9-09, and another celebration of everything Beatles, it's a great time to kick back and think about exactly what an incredible phenomenon the Fab Four have become, 45-odd years after their debut here in the States.

Of course, when the British Invasion began, the Beatles were at the forefront, and Beatlemania swept the U.S. and the world.  Amazingly all these years later, the Beatles still have incredible presence, and often dominate pop culture buzz.

As a case in point, I went to Google Trends, a great tool for getting a sense of whether brands are indeed hot, based on consumers conducting searches.  This nifty bit of analytics allows you to compare brands - in this case music performers - as well as providing milestone footnotes that help explain the ups and down.

So I compared the Beatles to Kanye West and the Jonas Brothers - two very contemporary pop culture icons that are often making headlines.

Throughout the last year, perhaps the greatest Classic Rock foursome of all time have more than held their own against Kanye and those Jonas guys - and not just during the recent past, as the world gets ready for the Beatles' availability on iTunes, as well as the release of Rock Band.

Throughout their history, and especially during the past couple of decades, the Beatles (and Paul) have expertly delivered news, tours, product, and events that seemingly are timed to create a media groundswell of attention, up against the ongoing news cycles of current events. 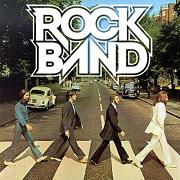 As we get closer to 9-9-09, the Beatles are already primed to be a holiday staple.  "This year will be the year of the Beatles," notes Marshal Cohen, chief industry analyst at NPD Group, and given all the products that will be released, don't sell this prediction short.

Fallout Boy's Pete Wentz says, "There will never be a band like that, where all four guys could be frontmen."  And of course, that's been a truism now for decades, where the best most bands can do is produce one main star, like Bono or Chris Martin.

A recent column by Bloomberg's Matthew Lynn offers his Fab Four reasons why Pete Wentz may indeed be correct, and why businesspeople should pay attention to the Beatles phenomenon.

1. Get there first - By being first in, a brand gets ahead of the curve.  The Beatles broke a lot of ground in the '60s, and led the way for the bands that followed.  There's a lot to be said for being the first in your category, and defining the standard.

2. Get ahead of the curve - The Beatles got sick of their ballads and pop songs long before their fans did.  That's part of what stimulated them to innovate, and move into the Sgt. Pepper's zone, the double white album, and beyond.  By constantly innovating and breaking their own standards, the Beatles stayed fresh, continued to surprise their fans, and never rested on their laurels.

3. Quit while you're ahead - Whether it's rock stars or pro athletes, most stay on the stage well past their prime.  Obviously, the Beatles took a different path, and while their flame burned the brightest, they were only on the scene as prime players for a relatively short time.  Yes, there were conflicts and issues that conspired to break up the band, but by getting out while they were on top, the Beatles cemented their legend, and never looked tired, old, or out of it.

4. Treat the product with respect - Always protecting their intellectual property, Beatles albums have never made their way into cut-out bins.  Their material is full-priced and premium.  They understood the intrinsic value of their material, and aside from the Michael Jackson/publishing rights incident, they have done a great job of protecting their legacy. 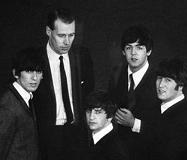 And I'll add one more key element to the ongoing success of the Fab Four - the fifth Beatle, George Martin.

5. Hire a great programmer/coach - While the band may have been squabbling, there was always a steady, artistic hand leading the way in the studio, setting the standard for the sound and vibe of the Beatles.  George Martin served as a great program director/producer of a disparate group of geniuses who needed that studio discipline.  Fortunately for the Beatles' legacy, George's son, Giles, continues on.  He has produced the Beatles' Love Cirque du Soleil show, as well as the Rock Band product that will soon sweep the nation.

Enjoy this next wave of Beatlemania.