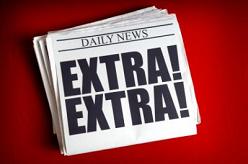 As readers of this blog know all too well, we believe that the newspaper business can function as a canary in a coal mine for radio.  The trials and ordeals impacting journalism may be just a year or two ahead of what we will face as radio broadcasters.  So, there's a great deal to be learned from their experiences and their failures, as well as the positive steps they've taken to transition from print to digital.

Now a new study from the Media Management Center at Northwestern indicates they may not be moving fast enough.  In fact, nearly half of newspaper journalists share that feeling, wishing their companies would provide better tools and training to help them through this quantum change.

Many of you recall the initiative we started at Jacobs Media a couple of years ago, following the release of one of our nationwide technology surveys - "What's the digital application?" or W.T.D.A.  We felt strongly that too many radio broadcasters weren't thinking about digital platforms, content creation, and revenue generating ideas in the programming, sales, marketing, and promotion departments.  As a result, we made up those green bracelets as reminders to "think digital."

And in reading this new MMC study, the same set of problems is impacting the newspaper business.  Most journalists still love their jobs.  But the "Digitals" - newspaper employees primarily engaged in digital activities - see a very different landscape.  They are the key to the transition and, of course, are the youngest employees at their papers.  It's a cautionary tale for their companies - and to us in radio - because they believe the digital shift is taking too long to play out in their newsrooms.  You have to believe that the young people involved in digital in radio are apt to be thinking along the same lines.

And to emphasize the point, the MMC survey reports they describe themselves as most likely to try new things at work, but also having career options.  In short, how long will they stay in the newspaper business if changes aren't more rapid, strategic, and meaningful?

The other side of this story is the "Leaders" - the 5% of the sample that is comprised of publishers, editors, and managing editors.  They are older (49), and the vast majority has worked in the newspaper biz for more than 20 years.  Four in ten have been journalists for more than three decades.

On the one hand, these "Leaders" are optimistic, but more than a fourth (28%) say their job is changing too fast, which the study's authors interpret as a "lack of clarity around a business model to sustain digitally delivered journalism."

And there are two other key segments in this MMC study that are noteworthy - the "Turn Back The Clock" group (6%) who are still wishing that the Internet never happened.  And "The Status Quo" - 14% of respondents who feel that things are fine the way they are, and that the evolution has gone far enough.  When you consider that one-fifth of newspaper employees may be comprised of these Luddites, it makes the challenge of turning the digital corner all that more daunting.

The study concludes with a couple of heavy-duty observations about the challenges that "Leaders" face in the newspaper business.  If you replace "journalists" with "broadcasters," and "print" with "radio," you're seeing the same messages that I am in this study:

In "old media" like newspapers and radio, employees need to know there's a plan, a way forward, and the training and resources necessary to get it all done.

This is a landmark study because it points directly at the human resource challenge that impacts the newspaper business, and of course, similar models like radio broadcasting.  Radio needs to devote financial resources to sponsoring this same type of study if the industry is going to effectively address its challenges, and maximize its opportunities in the coming years.

What are radio's employees and leaders really thinking?

And what's the digital strategy?

This blog was too slow. You need to work on just having a digital download come to my brain each morning. Get to work Fred.