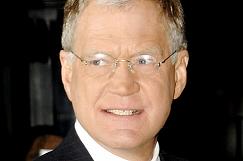 Some of the fallout from the David Letterman scandal revolves around interns and the ways in which they are used - and abused in the business world.  Not long after Dave's admission, another intern scandal broke out involving former Mets' GM and now former ESPN analyst Steve Phillips. Not since Monica Lewinsky have interns been back in the glare of the spotlight.

In Letterman's case, parents of college-aged young ladies (and young men?) are suffering in kitchens all over America, wondering if their kid will be taken advantage of during a college-supported internship.

Interestingly, Quinnipiac University in Connecticut - a source of many "Late Night" interns - has informed the show that its behavior with their students will be reviewed: "Due to recent circumstances we will have a discussion with those in charge of placing our interns at the David Letterman show in the future.  We will diligently oversee this internship program to ensure that our interns are out of harm's way."

OK, perhaps this is a bit of an overreaction and a lot of CYA, but it's a also reminder to those of us in radio about the value of providing a positive, meaningful experience to college students in exchange for getting some cheap and perhaps innovative labor.

Radio needs this infusion of youth and inside-help from local colleges and universities, especially as staffs are depleted and our industry continues to have difficulty attracting smart young people.

Today's college-aged students haven't changed all that much from when we were in school.  They are looking for a bona fide media experience, and a chance to test drive a career.  Unlike most of us, however, they know quite a bit more about the communications world than we did.  In fact, having an infusion of youth would not only help most radio stations - it could cause managers to rethink many "givens" about social networking, digital applications, music consumption, and marketing solutions.  Today's college kids can teach us a lot about the real real world. 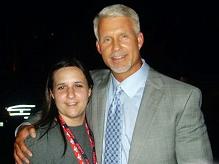 So, while you may have lost your music director and you're voicetracking at night, there's a viable opportunity to get some help and a little schooling from someone who's still in school.  Jump-starting outreach programs to local colleges and universities is a start, and it's something that's well within the capabilities of radio stations everywhere.

And don't just use them for hanging banners at sales remotes.  Put them on the air on your HD station, and start growing your bench.  Tell them that their challenge is to create awareness of the station and their shows, and then study some of the more innovative tactics they employ.  You might just learn a thing or two about how networking and marketing is done in 2009.

While Dave's farm team may be depleted for a while, yours can become a vital, contributing part of your station.