Who is Armin Van Buuren? 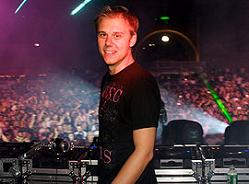 A new study by streamSerf reaches an incredible conclusion that will shock you.  Well, maybe not:

And the Afghanistan election was rigged.  And that kid's family faked his balloon ride.

As streamSerf's research reports, "It is stunning to learn that Internet radio's list of unique artists is greater than broadcasts radio's by 3600%."

Actually, it's not very stunning when you realize that broadcast radio is bought and sold via the power of ratings which means stations generally have to play music that people know.

But this "study" points to the long tail impact that Internet radio can have, and why broadcasters should be looking at online airplay trends.  There's a lot to be learned about artists and fan demand - another form of research.

For example, who is Armin Van Buuren?  Well, he's the 7,811th most played artist on broadcast radio, but he's #6 on the Internet list.

So, I looked him up, and it turns out that he's a 33 year-old Dutch trance producer, and his show "A State of Trance" claims to have 30 million weekly listeners across 40 countries (well ahead of Rush Limbaugh).  Wikipedia notes that if Van Buuren's numbers are correct, his show is the most listened to in the world.

Be that as it may, the Top 10 comparisons between the most-played broadcast artists and Internet artists are worth a look, and in some cases, aren't a whole lot different from one another:

With the exception of Daughtry, every top 10 artist on broadcast radio is in the top 100 on Internet radio.  And the rankings for the Black Eyed Peas, the Beatles, the Stones, Zeppelin, and Green Day are pretty close.

Maybe radio broadcasters could learn something from Internet radio programmers.  And maybe they're not all that different from us.