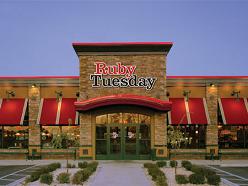 A recent New York Times story about Ruby Tuesday's efforts to become a viable casual restaurant choice caught my attention on many levels.  The article focused on CEO and founder, Sandy Beall (pronounced BELL), and his efforts to figure it out in a tough economy with strong competitors for the food dollar.

Ruby Tuesday has sunk millions into getting answers and working on its core problems - from improvements to the menu to better understanding and meeting customer needs.  One line in this story jumped off the page to me, because it was a consistent theme that ran through their customer complaints:

"In this economy, you can't afford to treat me this way."

Think about that.  First, they actually have the guy who runs their Wow-U training school reading the roughly 400 complaints they receive nationally every week.  And second, they take these complaints seriously, because they realize that one bad experience at a Ruby Tuesday can repel a customer forever.  There are other casual dining restaurants. They have options.

In radio, there is no shortage of complaints, ideas, and audience feedback.  But most of the time, we either ignore listeners, or don't provide a bona fide system for initiating and receiving customer concerns.  If you have a complaint about radio, where do you go?  Where is it clear on the website where listeners can go if there's a problem or they have an idea?  In the old days when radio thought it could afford the "Where else are they going to go?" philosophy, perhaps that monopoly on audio entertainment was good enough.

But in today's environment, options abound.  As we saw last week in that much-quoted Council for Research Excellence study, radio still leads all other audio sources in cars, at home, and at work.  But in these last two locations, roughly half of the time spent listening is now going to CDs, tapes, satellite radio, mp3s, streaming radio and other sources that are growing in popularity.

Consumers are still dependent on radio in many of these locations, but much of this usage is being driven by habit, rather than passion.  If broadcasters don't focus on how to make listeners once again love the experience, the erosion will continue.  The same consumers who gladly put a station bumpersticker on their cars to display their loyalty are the same ones being courted by everyone from Sirius XM to Pandora.

How do you stay on top of the hill?  Not by doing the same thing you've always done, and ignoring the consumer experience.  Sandy Beall is well aware of that in the casual dining space where his sales are off 8% from last year.  Reaching his goals requires researching customer satisfaction, improving the cuisine, training his staff, and creating passion and loyalty for his restaurants.

Where are radio's priorities as they pertain to improving the listener experience and the advertising experience?  Consumers and clients are the two main constituents for broadcasters, but how much time is spent on determining and meeting their respective needs, and providing solutions?  Today in all the radio trades, the quotes you read from broadcast CEOs revolve around reducing debt, working on efficiency, margins, and improving EBITDA.

When you read these same trades, you rarely hear anything about amping up passion, improving customer satisfaction, and creating better radio.  Cutting does not improve content.

The other piece of the Ruby Tuesday story that stands out is how important it is to work on the experience, and not just ask about basic image dimensions at the margins.  A case in point is a quote in the story from Ron Paul, president of Technomic:

"You ask people in surveys why they chose one casual dining chain over the other and they’ll say, ‘because the line was shorter.’  Ruby’s is trying to break out of that."

In radio, we're famous for research questions like "Which restaurant has the shortest lines?" rather than "How can we make you happy?"  In our perceptuals, we include 17 image statements that ask things like "Who's the Oldies station?", "Which station is the concert authority?", and "Who plays too many bad songs along with the good ones?"

These are OUR questions.  They don't address audience or advertiser needs.  While we still have reasonably healthy cumes, radio needs to seriously start asking better questions.  Research companies have to start shredding the same questionnaires they've been using since 1983.  Broadcasters need to focus on improving the experience for listeners and advertisers.

Because at some point, they'll walk out of the restaurant for good.