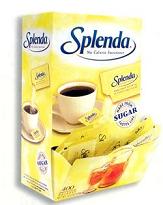 In his ongoing efforts to separate the sales wheat from the chaff, Paul Jacobs chimes in with a timely blog about why advertisers need to take stock of their goals at this tumultuous time for our business.

What is a canard?  It is a groundless, fabricated story that may look and sound like it is based in truth.

Over the past several months, there have been too many articles to count in media and advertising trades about the bright shiny object known as social networks and other new media platforms.  If the pattern holds, marketing dollars allocated to these platforms are going to surge in 2010, and we know where that budget will come from - traditional media outlets.

The hysteria may have reached a new level recently when Volkswagen announced that they going to cut out all traditional ad dollars for the introduction of their new GTI.  Where is the money going?  It's all going into an iPhone app.

No television.  No newspaper.  No radio.  Just an iPhone app.

Now it's no secret that we're bullish about iPhone apps.  But come on.  Get real.  Even if VW's demographic has a propensity to buy cool mobile devices, that's not a viable national media plan.

And now Splenda is trumpeting a story that truly embodies the definition of a canard.  They are claiming  "better than expected results" with the introduction of Splenda Mist, utilizing Facebook to find friends and send out samples of the new product.  They're sending out press releases hailing their big success - 16,000 samples were distributed to "friends" via Facebook in two weeks!!!!!

Break out the Addy nominations - Splenda just put on a campaign that attracted the equivalent of the AQH of a typical radio station in St. Louis.  And they're sending press releases out for this?

Let's face it - social networks, smartphone apps, and other digital platforms are great as complements to "big box" media that can really drive audience.

Every radio station needs to create solutions for clients that integrate these platforms into a comprehensive media plan.

But what good is a Facebook campaign without the huge cume that a great radio station can provide?  Radio provides reach in the hundreds of thousands or millions, coupled with engaging personalities, and substantial databases that can move a mouse and attract lots of eyeballs.

Radio can also provide significant sampling opportunities at the point of purchase.  It can offer live read endorsements from credible personalities.  And many radio station Facebook pages have more friends than Splenda.

Wouldn't a two-week campaign on a good radio station have generated at least equivalent results?  And what might have happened if they bought a couple of key stations in each of the top 25 markets?  My bet is Splenda would have had 16,000 friends in the first day of the campaign.

So, here's the question:  Are advertising agencies so down on traditional media that they are willing to invest in and champion significantly smaller results?

And a follow-up question:  Is the state of traditional media sales so mediocre that despite what radio and TV offer, advertisers are willing to accept these smaller results because they're on the Internet?

Marketers keep clamoring about the value of metrics, but in the case of Splenda and even Volkswagen, they've traded off the certainty of knowing the number of friends and app downloads for the metric that really matters - success.

When are the clients going to see through these canards?