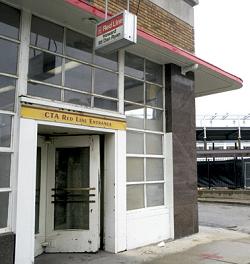 Some companies understand branding, while others never will.

Apple is so smart, evidenced by its newest venture - branding a train station in Chicago.  By the time Apple is done remodeling this run-down CTA Red Line station, it will probably become a destination rather than an eyesore.

Since no one else has done this before, being alone in this space will become yet another example of Apple's understanding of the integration environment.  For a measly $4 million, Apple will make this the coolest El stop in Chicago, while creating more positive word-of-mouth.  And yes, they get dibs to buy every square inch of advertising in this station.

Axe is trying something similar, and once again, it involves a train - in this case, subways.  They are sponsoring a group of buskers (i.e., street musicians) for a lot less money than Apple is paying the CTA.  For $1,000 for this last quarter of the year, street musician Luke Ryan has Axe Instinct prominently displayed in his guitar case. Talk about street marketing... 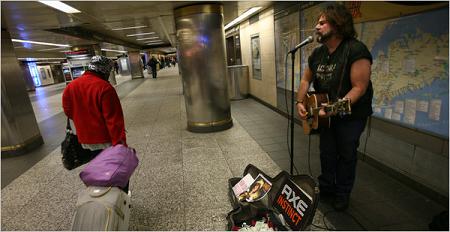 Some radio stations have sold the naming rights for their studios, while others have been more cautious about "sponsor creep."  But after hearing the rationales from both the Chicago Transit Authority and very authentic musician Ryan, why not?

Ryan explains that he once saw a documentary where Neil Young said he would never sell out, and so he vowed to follow suit.  That is, until he thought it through: "I realized two things.  First is, Neil Young’s a millionaire.  And second, nobody’s ever asked me.  So as soon as they asked me, I said, ‘Well, why not?’”

As for the CTA, President Richard Rodriguez is facing a budget deficit of $178 million.  If resources don't come from somewhere, he's faced with the reality of fare hikes and reduced service.  Under those circumstances, the decision to let Apple renovate and improve the station is a no-brainer.

What about your station?  What is sponsorable, and how can business help defray your costs in exchange for some smart product integration.  Which tools, methods of exposure, and programming that connect with listeners can also help your advertisers expose their products?  It's a discussion that should be happening inside sales departments at every station in the U.S.