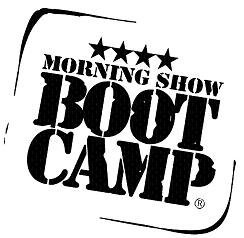 In our continuing "Best of" shortened holiday week, this post comes from last August, following my return from this year's "Morning Show Boot Camp."

I did something last week that I had never done before during my radio career - I attended Don Anthony's Morning Show Boot Camp, this year in Nashville.

It was an eye-opener.  First, the sessions were on par with anything that you'd see at the NAB or other radio conventions.  The "ops guys" session featured a dream team lineup comprised of Don Benson (Lincoln Financial), Phil Boyce (formerly WABC), Steve Goldstein (Saga), Pat Paxton (Entercom), Greg Strassell (CBS), and John Zellner (Clear Channel) - all candidly discussing what it takes for personalities to win in '09 and beyond.

Bob Rivers ran an impressive session that ended in a giant group discussion about radio, and the role of the personality.  He is one of the great ones - a superb entertainer who brings the cerebral to the table.  Bob isn't just well-spoken and meticulous about everything he does.  He is also a true student of the game, and listed off some of the key books and authors that have guided his thinking.  Bob has a great, dedicated team that produce a great product every day, and he generously shared his wisdom with the packed room.

And equally impressive were the questions from the audience, who profiled as enthusiastic, hungry jocks, personalities, and hosts.  And that sums up the difference between what you see at Boot Camp compared to other industry gatherings.

These are the content people who got into radio on Day One because they love the business, because they truly enjoy being entertainers, and because they are passionate about their craft.  While the industry spiral has taken its toll on many Boot Camp attendees, you wouldn't know it looking at their enthusiasm and energy. Despite it all, I got the genuine impression they haven't forgotten what radio has meant to them - and their listeners.

Contrast that with so many so-called industry professionals who have simply been in it because "it's a great business."  When the bottom fell out, so did their dedication and their interest.

I have shared this quote before, but many years ago, Lowry Mays was interviewed in Fortune and uttered these chilling words: 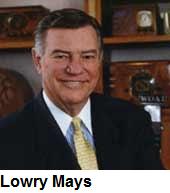 Radio may have died a little bit that day, but not a soul at Boot Camp would have been caught dead saying something like this.

And they are also solely dedicated to entertaining, and providing the content necessary to keep the business going, even given the challenges presented by PPM and those who interpret it.  That's an incredible statement during a year when it would have been just as easy to stay home, and lick the wounds.

Boot Camp included some outbursts, some shout-outs, a little heated discussion at times, but always lots of energy and passion among the many who show up on their own dime.  It reminded me of those old R&R Conventions (minus the record guys) where there was a buzz in the sessions, and around the hotel at night.

I will be back.