Last week, I spent a couple of days in Annapolis at Arbitron's "Programming Fly-In."  And there were a few surprises.

First, they drew a record crowd - in December and in a travel budget challenged environment.  Second, there were a lot of programmers in the room.  And finally, it was good to get outside of Arbitron headquarters.  The change of venue was a positive.

As PPM reaches that tipping point where more markets are coming online, there is an even greater need to understand how it works, how it should be sold and marketed, and best practices.  Kudos to Gary Marince, Rod Rodrigues, and the Arbitron team for putting together a uniformly strong series of panels and sessions.

For me, this "Fly-In" had a special treat.  As many readers of this blog and friends of mine know only too well, I am a Starbucks Super P1.  One of the best sessions was "The Brand," presented by Starbucks' Director of U.S. Store Level Marketing, Bill Black.

Bill came out in a green barista apron, and proceeded to show the room how strategic research and market segmentation makes his company smarter, and provides their team with the knowledge that can grow their business and sustain their dominance.

There were lots of charts and graphs, but it was less about coffee consumption, and more about the mind of the Starbucks customer.  I learned there's a name for people like me - "Super Regular."  And along with another key segment, "Coffee House Enthusiasts," Starbucks focuses on these two segments above all others.  That's because the "Super Regulars," may only be 4% of their overall consumer base, but they contribute 20% of Starbucks' revenue.  The analogies to radio abound.

Beyond whether they drink fraps, espressos, or brewed coffee, Starbucks studies and tracks their aspirations and their attitudes.  Of course they know age, sex, education, and ethnicity.  But they also know each segment's "best moment of the day," the car they'd like to drive, and their view of the world.

So for us "Super Regulars," it's all about maintenance.  But for those "Coffeehouse Enthusiasts," there is great growth potential.  These customers skew younger, female, and their values closely mirror Starbucks' DNA.  Black's team knows there is headroom with this group.

And in their meetings, the focus on these two segments is laser-sharp.  "We have to focus on our core," notes Black.  So when brainstorms drift into less productive areas, the litmus test is whether an idea addresses "Super Regulars" or "Coffeehouse Enthusiasts."   If not, they simply move on. 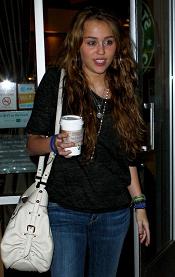 That's not to say that Starbucks isn't looking toward the future.  Overall, 7% of their business comes from young "Basic Occasionals."  These are the teens and tweens who never knew a time when there wasn't a Starbucks.  They may not have the spending power now to become core customers, but they will down the road.  Starbucks clearly has an eye on its future, rather than simply chasing today's dollars.

You couldn't help but conclude that Starbucks knows a great deal more about its clients than we know about our listeners. I sat next to research maven Charlie Sislen, who was also impressed with the depth and breadth of Starbucks' segmentation knowledge.  He reminded me that radio has Scarborough, but the fact is that tool is mostly used to show off big indices in sales pieces.  The lack of research that would allow radio strategists to envision key audience target groups is part of the reason why there's often a failure to see the bigger picture in our business.

Knowing the songs they like or which station plays too many bad songs along with the good ones is all about us.  Starbucks asks those same types of questions, but focuses their research on the customer.  That information is the backbone of how their strategy is set, and the ammunition they need to understand what's happening with McDonald's, Dunkin Donuts, and the myriad of other competitors gnawing away at their core.

A case in point came from a story that Black told about a customer who told them about the importance of ensuring his morning beverage is prepared to perfection: "If you don't get the drink right, it sets the tone for the entire day."  The attitude of the barista, as well as the ability to get that "Super Regular" in and out, is all part of creating that perfect morning experience.

And of course that brought to mind how a morning show can also make someone's day - or get it off to bad start.  A poorly prepared feature, a lame bit, or a whole lot of rambling - well, you get the point.

The commercial radio industry has a great need for an all-encompassing study that lays out its core segments, identifies the problems, the challenges, the potentials, and the opportunities for growth.  Continuing to simply test the gold library or ask the same series of image questions will help win the market skirmishes, but do nothing to help programmers and strategists see the bigger picture.

The entertainment and information media marketplace has only become more competitive during this last decade, and yet radio's research techniques are still very 1978.

Thanks to Starbucks and Arbitron for giving us a glimpse into market segmentation done right.

George Burns was a proponent of VALS research 30 years ago but we radio types were too left-brained to appreciate its implications.

Buzz, I remember that as well. And to some degree, we're right back where we started. Everyone sits around, trying to figure out how to "game PPM," and at the same conference, here's the guy from Starbucks telling us that it's not about "clocks" - it's about learning how your customer thinks, and determining how to serve him/her.