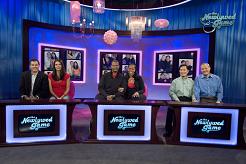 While reading a recent "Research Brief" from the Center for Media Research, I was reminded of that old game show, The Newlywed Game.

Now I know what you're thinking, but it's all about connecting with someone you should know.  If you remember that old show, host Bob Eubanks would try to trip up newly married couples by asking them basic questions about relationships, food, likes, and dislikes.  Of course, the goal of the show was to create embarrassing situations where the husband and wives would fail to know something very basic about the other, and the laughs would follow.

One of the more highly publicized moments on the show was the response from a young wife to the question, "Where was the most unusual place you've ever made whoopee?"  (Answer at the end of the blog.)

But the disconnect between consumers and media leaders isn't funny.  In fact, it's often a sad commentary on the changing tides that are impacting all media outlets, especially TV, radio, and print.

This played out in the aforementioned study where newspaper executive perceptions were contrasted against reader perceptions.  Sadly, there is a gap that speaks to the issue of media prioirities in an environment where consumers are increasingly in control of the content that is available to them.

There is a 10 percentage point gap between these two groups when it comes to the most ratings for online news content value.  While more than half of the news executives (54%) believe it is "very valuable," only 44% of readers concur.

Similarly, only 9% of these newspaper managers say it would be "very easy" for their readership to find a replacement for their web news content.  This compares to nearly one-fifth (19%) of readers who offer the same opinion.

But the biggest gap - or abyss - between news providers and their readership audience was to the question about where consumers would go if their online newspaper web site were not available.  The news execs assume that three-fourths would revert to the print newspaper.  But in fact, only three in ten readers say this would be their choice.  Instead, two-thirds would simply surf over to another local web site for information and entertainment.

A tough, but important conclusion by the study's authors is that "among news executives, there is little understanding of basic reach and audience behaviors."

What would this type of study say about the powers that be in radio?  The trades are so clogged up with CEO reports about margins, debt loads, and EBITDA that it's difficult to determine the connections between broadcasters and the rapidly moving audiences they are trying to serve.  It is all too rare that we read about a CEO's vision of the future, identifying the opportunities that lie ahead and the investment being made to take advantage of the possiblities.

This is why our company continues to design and conduct those nationwide web-based technology surveys each year.  Sadly, they are often more widely consumed and discussed by programmers than by the folks at the top of the flow charts. This is valuable data that clearly shows where the audience is and will be, but is it changing the agenda?

At least, the newspaper execs are trying.  They have been researching these issues for several years now.  While you might conclude they have failed to act on the conclusions of many of these studies, there is no lack of data to help guide decision-making.  As newspapers have sadly demonstrated, old habits and old industries die hard.

Back at the NAB, we called for an all-industry S.W.O.T. analysis that starts with a nationwide study of consumers opinions.  Just easing the debt isn't going to "fix radio."  It may lead to an environment where stations can operate more smoothly with less omnipresent pressure from lenders and banks.

But it won't address the need for rethinking everything, better understanding the consumer, and moving toward solutions that create a better listening environment and solutions for advertisers and marketers.  This isn't a game show, and there's nothing humorous about it.  The concept of getting back in touch with consumers is not only hard work, it also requires investment, commitment, and placing a priority on ensuring that stations and radio companies are doing more than just managing expenses.

And the answer to the Bob Eubanks question posed at the beginning of the blog?  Follow the link below, along with all the urban legend that accompanied it during a time before VCRs were invented.