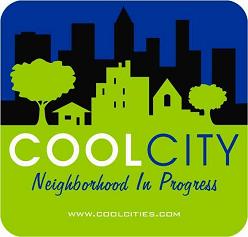 Those of you who know our company are aware that we are based in metro Detroit.  We sarcastically refer to the Motor City these days as "Ground Zero" because there's no place the recession has hit harder than right here.  While only a small percentage of our revenue here at Jacobs Media is derived from Michigan radio stations, just living here is a testament to the difficulty that America has faced economically during the past few years.

On top of record high unemployment and the decline of the auto industry, one of the results of all this tumult has been the exodus of young people to places like Chicago, New York, and points west.  It is a serious problem because even if Michigan is successful in attracting new industry to the region, much of the area's youth have made their decisions - in droves.

Beleaguered Governor Jennifer Granholm has been roundly criticized by many here in Michigan.  However the pundits cast the blame, she certainly has been a victim of unfortunate timing given the demise of the auto industry and the larger economic crash.  She recognizes that the state has to rethink some of its givens if it is to regain any degree of respectability.

That starts with trying to retain the young people who still live here, while attracting others from around the Midwest.  She created the "Cool Cities" initiative, and here's her "take" on why this is important to Michigan:

"Government can’t create cool, but we can and will target existing resources to support these local efforts to create vibrant cities, centers of commerce – as recommended by the Michigan Land Use Leadership Council.  For example, our Michigan State Housing Development Authority, MSHDA, will pilot in 12 cities an offer of incentives and financing to create unique downtown developments where loft housing, art galleries and technology start-ups can all share the same historic brick building.  The Department of History, Arts and Libraries will target arts and cultural grants toward main street revitalization in those cities.  Young people are rediscovering Grand Rapids, Wyandotte, Ferndale, and Detroit.  These coordinated efforts will accelerate that trend – which is an economic imperative.  For the workforce of tomorrow wants to live where it’s happening, and employers will not come here if that future workforce – the technology workforce – has left us for New York or Boston or Chicago." 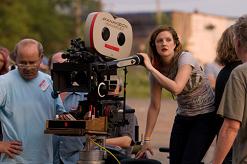 But the issue of this blog post revolves around Michigan enticing Hollywood to come here to make movies, thanks to a generous incentive of up to 42% of film production costs.  It's worked - films like Clint Eastwood's Grand Torino and Drew Barrymore's Whip It were both made here, along with 82 film projects since the incentives were passed back in April '08.

But now, members of the Michigan legislature are challenging the value of these incentives, and a debate is raging in this cash-strapped state.  Actor Jeff Daniels who lives here in Chelsea and is a big supporter of the arts here in Michigan, is questioning why anyone would mess with this program's success.  So far in '09, $216 million has been spent on films made here in Michigan, and now entrepreneurs and schools are planning studios and academic programs to train young Michiganders about the art of filmmaking. 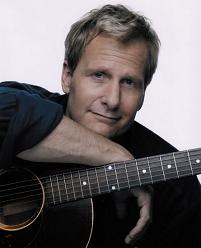 But it goes beyond revenue from Hollywood, and even the start of a new industry center for Michigan.  A vibrant local film industry will attract young people, encourage others to stay around, and create jobs, educational platforms, and lots of buzz.

So what does this have to do with radio?  Well, you could make the case that our industry is going through some of the same stresses that are facing Michigan.  Radio's legacy business model is being threatened by new media and gadgetry, and our ability to keep young people attracted to radio has been challenged.  As Chicago or Boston sound more exciting to college kids, so does Pandora, Google, and Facebook.

But the difference in this story is that most of the leadership here in Michigan is aware of the problem, and is trying to do something about it.  In radio, there's been lip service over the years about the "youth problem," but precious few initiatives to address the steady youth listening erosion, much less the lack of interest by young people choosing radio as a career.

Does radio's leadership perceive the Gen Y drain to be a problem, or is it just about economic efficiencies and higher margins?  You cannot fix something unless you recognize it's broken, and perhaps that is at the root of this discussion.

As Michigan knows, this problem isn't going to go away.  Nor will it solve itself.  An economic recovery isn't going to simply reverse the flow of young people leaving the state.  And in radio, the same is sadly true.

Radio is an industry of middle-agers, most of whom have worked in the business for decades.  While that experience has value, it also speaks volumes about the difficulty of transitioning to the new media realities.

We need young people in this business - to bring new energy, ideas, and passion to radio, to better represent the digital age, and to provide the perspective that companies need in order to imagine and participate in the future.

There are universities, community colleges, and high schools in every town where there are radio licenses.  The industry would do itself a service by creating its version of a "Cool Radio" initiative - a way to attract, mentor, and grow that all-important injection of youth.

Here's hoping that Michigan and broadcast radio are successful.