JacoBlog - Jacobs Media's Blog: We Don't Get It

We Don't Get It 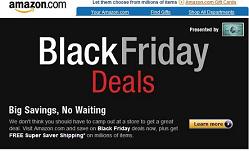 The new technology era has been challenging and often frustrating to radio people.  Many struggle with ways to integrate different platforms, like mobile and streaming.  Others grapple with how to utilize social networking tools, like Facebook or Twitter.

It is somewhat understandable that the radio industry hasn't found those "best practices" that would enable it to take advantage of new digital tools, rather than to be passed by or left behind by new media and technology. 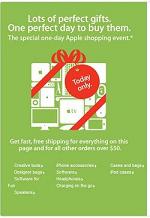 But where it is inexplicable is radio's inability to grasp its eTail potential and its stations' brand equity.  I blogged about this last month, wondering (for the fourth consecutive year) why most radio stations - including the biggest and best brands - often don't set up their own logo ware stores, and use the holiday season as an opportunity to utilize their often large databases to make several thousand dollars at this opportune time of the year.

And like many of you, my email box was loaded with great deals, from Apple to Barnes & Noble to the NBA to the Detroit Tigers to my local car dealer.  (I have "decorated" this blog with just a few of the tantalizing offers I received.) 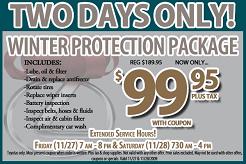 But despite belonging to umpteen radio station email clubs, I did not get a single email about a sale on station branded items and related merch.  Instead, I received station emails about special programming weekends, and the typical email blast tactics.

Radio continues to let its best brands wallow.  While many whine about the lack of outside marketing, most broadcasters aren't utilizing many of their existing assets and tools.  Somehow sales and management haven't connected the dots about the power and potential of radio's expansive email databases.  To most, those thousands of connections with loyal listeners are simply PD activities, and seemingly have no sales implications. 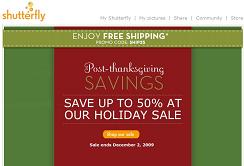 We should be taking cues from Target, Border's, and the hundreds of other businesses that understand how to link with consumers, technology, and eCommerce.

This is small potatoes in the big picture of radio's need to redefine itself.  But it is indicative and telling about the disconnect between the industry and the rest of the world.  We continue to sell and market radio like it's 1978.

PS.  After this blog was written & posted, I received an email from KSEG/Sacramento, urging me to take advantage of their special holiday discount in their "Half Off Sacramento" program.  I'm sure there must have been a few others, but they were not in my email box.

Fred - you are spot on. Radio is missing the point of digital engagement with its customers.

Even before all was digtized I wondered why radio never capitalized on its branding potential. Frustrating. Frustrating.
Tommy Griffiths