JacoBlog - Jacobs Media's Blog: What A Way To End The Year

What A Way To End The Year Our Paul Jacobs was invited to present at this year's "Strategic Digital Leadership Summit for Public Radio Stations," held on the USC campus.  Here are some of his takeaways from this year's conference:

Last week, I was invited to speak at the "Strategic Digital Leadership Summit For Public Radio Stations" at the Knight Digital Media Center's Annenberg School For Communication & Journalism at USC.  Usually, simply going to southern California in December is enough to make me happy, but this conference stood out.

In case you weren't aware, public radio has been at the vanguard of developing and championing digital platforms.  Between their investment in HD Radio, their mobile strategy, and their podcasting initiatives, public radio is engaging Americans everywhere.  And this conference is one of the reasons why.  At a time when too many companies have cut back on travel to conventions, this was a three-day gathering among 100 leaders in the public radio system dedicated to learning, exploring, stretching, and attempting to better understand the digital road ahead.

They brought in big thinkers, including Lee Rainie, the director of the Pew Internet and American Life Project, who shared data to help predict the next phase of digital engagement.  Paul Saffo, a forecaster, futurist and essayist from Stanford showed the future thinking going on in Silicon Valley and the next big game changer (hint: it's going to come from Apple and it's their new digital tablet).  There were outstanding panels where everyone was encouraged to ask questions, probe, and discuss various challenges, roadblocks, and opportunities for the total public radio system.

Even the dinners were substantive, with NPR's CEO Vivian Schiller speaking one night, and the Director of the Annenberg School and former editor of the Des Moines Register leading a discussion the other night.  There wasn't a moment when we weren't thinking about the future and how to get there. 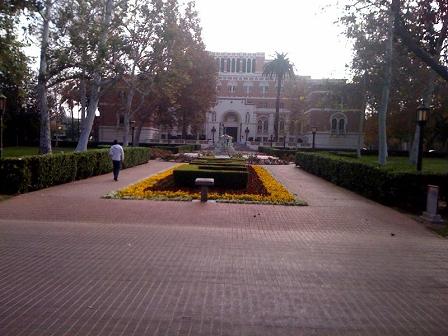 I was proud to be included in these sessions and to share our company's vision about where public radio (and all radio for that matter) can go.  As attendance at industry conventions continues to shrink and/or be limited to only the highest executives and their bankers, the medium needs to re-consider the value of gathering smart people together at all levels of our industry and letting them share ideas.  No one radio company has the power to "fix" all of radio's problems, but collectively, we might be able to tap into our brainpower and actually improve things.