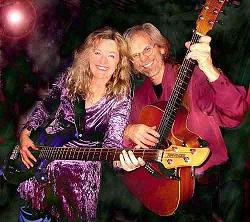 We're all hopeful that 2010 is more than just a bounceback year, but a period that starts a true rebound for advertising and, of course, radio.

In reflecting on last year's challenges to media, one of the big developments was the PPM rollout.  And at of the end of the year, more and more markets are now being electronically measured.  You could see the enthusiasm and interest in PPM at last month's "Programmer Fly-In," hosted by Arbitron in Annapolis.

In reading various articles about the formats and demographics that are supposedly benefiting from PPM - or being punished by the new ratings methodology - it is interesting to note how many different interpretations there are about a measurement tool that provides hard and fast quantitative data.

Depending on what you read and who you talk to, PPM is good for 50+ listeners, teens, Rock, Jack, and FM Sports.  And there are bona fide stories to support and refute all these claims.

As it relates to older listeners, I find it amazing as "the Classic Rock guy" just how many conflicting stories there are about the format, and the listeners who love it.  In fact, many of the misconceptions exist within the staffs of stations that are focusing on Classic Rock and Classic HIts music.

Advertisers are famous for devaluing any format or demographic in their ongoing effort to get the best spot rates.  Too often, however, salespeople fall victim to actually believing the negative claims that buyers are trained and instructed to make.

That's why I was especially interested to read the views of Boomer Project founder and President Matt Thornhill in a recent marketing email.  Looking at the new year, Matt came up with a broad list of 10 reasons why Boomers need to be a part of marketing plans in 2010.

I picked out a few of my favorites - and added a couple of my own - to help jumpstart attitudes about the importance of Boomers.  A few of my comments are in italics, followed by my own observations after spending more than 25 years of sitting in focus group rooms with Classic Rock fans:

1.You will build your career and legacy on their backs. (We thought we'd start with a personal reason to motivate you to keep reading.)  In 2020, the marketing leaders in organizations will be the ones that figured out how to make their products or services relevant to the over-50 crowd.  That's because the over-50 crowd will grow 21% in size in 10 years.  The 18-49 crowd will remain the same size.  We're not making this up.  It's Census data.

This has always been the case, of course.  Part of the appeal of attracting and marketing Boomers has been their huge critical mass.  Tap into them with a generational, nostalgic product like Classic Rock and Classic Hits, and you have a large, loyal audience.

2.They buy things.  Lots of things.  Overall, the over-50 crowd outspends the under-50 crowd by $400 billion.  That's more than Wal-Mart sells annually.  Want some of that action?

You probably saw this over the holidays by just watching television.  The number of products and services that target Boomers continues to be impressive - and for good reason.  Marketers are well aware of the importance of the 50+ demo, even as they hondle your sales reps for "added value."

3.They are easy to reach.  They read newspapers.  They watch TV.  They listen to the radio.  They are easier to target than younger generations.

Of course, this has been one of radio's dirty little secrets.  Habit plays a large role in continued listening.  While we all know that radio is going to have to step up its commitment to research, marketing, and content development in order to remain competitive, older consumers - in particular - will remain loyal to doing something they've done for decades - listen to the radio.

4.They think they are in the middle of Middle Age.  With a median age of 54, Boomers are far from being done.  They don't think they will reach Old Age until age 75 or so.  You have plenty of years of strong revenue from their wallets.

60 is the new 40 - or at least, that's what many Boomers think.  And if they believe it, you know they will continue to travel, spend, discover, and explore unlike our parents and grandparents many of whom were getting old by age 40.

5.They use the Internet.  They search, they shop, they buy.  There may not be as many of them on social networking sites, but they are online -- just as many and just as often as younger generations.  You can sell to them online.

Our five annual Tech Polls, conducted among Rockers of all stripes, support this notion that Boomers are rapidly catching up with technology.  They are buying smartphones, establishing Facebook profiles, buying broadband, and enjoying many of the fruits of this technology revolution.  Radio has been slow to figure out how to create and market digitally, but the revenue is most certainly there among 50+ consumers.

6.They have grandkids.  Some 40% of all Boomers are already grandparents.  Over 55% of all grandparents alive today are Boomers.  They spend money on their grandkids, practically without thinking.  It's like taking candy from a grandbaby.

There's a lot of revenue to be had here, but most Boomer-targeted stations don't even consider the "grandparent effect" on identifying advertiser opportunities. Too often, radio just doesn't consider lifestyle changes when establishing target advertisers and accounts.

And now a few of my own:

7. Their music is the soundtrack of a generation.  In spot cluster after spot cluster, Classic Rock and Classic Hits are the chosen songs for advertisers.  While the music was originally enjoyed by Boomers, growing up in the '60s and '70s, much of it has become transcendent, appreciated by younger listeners who treasure it as well.  A key to Top 40 radio has been that it starts with teens and pre-teens, and is thus heard by moms and dads.  Classic Rock's appeal works in reverse.  It starts with adults, but has successfully made its way toward young people who have come to understand its impact on pop culture.

8. Classic Rock is mass appeal.  As we have discussed in this space over the past several years, there is a reason why the NFL continues to  showcase Classic Rock artists on their biggest stage - halftime at the Super Bowl.  From McCartney, the Stones, Petty, Bruce, and now The Who, the geniuses at the NFL fully realize that more than Country, AC, or Top 40, Classic Rock is the most mainstream music genre of them all.  And no one will be guilty of baring a nipple.

9. Classic Rock sells new technology.  This is why so many of the new, participation-based video games - like Guitar Hero and Rock Band - emphasize and feature Classic artists, groups, and songs.  And because they are often played by Millennials, the appeal of the music continues to move younger.

10. Use everyone else's research to make your case.  While your station or company may still have a moratorium on research, the biggest and best brands and media outlets are continuing their R&D.  And Classic Rock continues to "test well," thus paving the way for the music to play a prominent role in advertising and marketing.  Making use of commercial examples from TV, magazines, and digital media can support your media and marketing efforts.  If the biggest brands are using Classic Rock and Classic Hits songs, local advertisers would be wise to follow suit.

Of course, there are other major reasons why Boomers continue to signify great business opportunities, but this list of 10 - thanks in large part to Matt Thornhill - should be a good start in building those sales kits and strategies.  More importantly, changing the attitudes on many station sales staffs is a necessary step in maximizing the relationship between ratings and revenues.

Best of luck to everyone relying on Boomers to fuel the comeback.  You are in the best position of all.