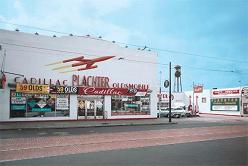 Hanging on Steve Jobs' every word last Wednesday, Paul Jacobs weighs in with his take on the iPad and what radio needs to do to become part of the conversation.

Growing up in Detroit, I remember every September we would head over to the auto dealers on Seven Mile Road to check out all of the new cars.  We lived in an area where every automotive brand was represented in a six block strip.  Many of your probably recall a similar piece of retail in your hometowns.

Each year, the domestic automakers understood that they need to either come out with breakthrough innovations (like the Mustang or the minivan) or cool enhancements to existing vehicles (cruise control, moon roofs, etc.).  And customers would line up, waiting to see "what's next."  Unfortunately, Detroit lost that sense of how to excite customers, leaving it to more forward thinking companies like Toyota who generated buzz and a halo effect with new introductions like the Prius.

Until recently.  The domestic automakers are recapturing some of their former mojo with digital innovations like Ford's SYNC, the Chevy Volt, and other new models that are regenerating talk.  Hopefully, these efforts will motivate Americans to line up and check out their new models like when we were kids. 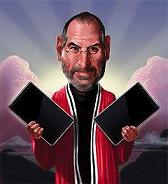 Nobody understands this like Steve Jobs.  For months before the introduction of the iPad, Apple began leaking out details, which built anticipation and created a media frenzy.  And that led to millions (billions?) of dollars of free publicity as every blogger, business, and technology publication speculated about features, size, cost, utility - and even the name of the device itself.  While CES was an exciting show earlier this month, the one thing on everyone's mind was this coming debut of the new Apple watchamacallit.

But Jobs also knows how to play the game.  And even when he can't actually change the game, he finds a way to feed the media buzz machine by enhancing the game.

The iPod revolutionized how consumers purchase and consume music.  The iPhone transformed and redefined mobile devices to the point that the"phone" part of the iPhone is essentially a utility - like electricity.  You take it for granted and use it when you need it.  Instead, you buzz about everything else the device offers, especially apps.

The result is that when the latest version of the iPhone came out, consumers still line up at midnight to get one.  Just like the days when we peered inside car showroom windows, Jobs understands the power and value of creating buzz with innovative, exciting products. 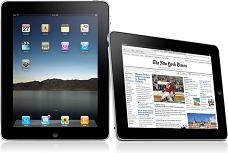 The iPad won't change the game, and that will disappoint a lot of people who were hoping for something bodacious and exciting.  Instead, It appears to be essentially an iPod Touch on steroids.  It doesn't do anything that you can't get done on other devices, but it will do them faster, on a larger screen, and like everything Apple creates, it's gorgeous.  Still, not too many Americans may line up at midnight to get one.

But it doesn't matter.  What's important is that despite the introduction of the Palm Pre, the Google Nexus, the Droid, great new notebooks from HP, and other cool devices, Apple stays ahead of everyone because they focus on the intersection of innovation and buzz.  They don't have to change the game every year, because in cases like smartphones and Mp3 players, they are the game.

Which brings us to radio.  What was the last breakthrough moment for a station or a company that changed the game?  Or even enhanced it?  In the last few years, the biggest news in radio has been the departure of Howard Stern and impending company bankruptcies.

And don't tell me about Haitian relief.  That's a wonderful, charitable, expected activity that radio stations engage in every time there's some sort of disaster.  It is part of what radio does so well, but it does not break new ground.

That's what's missing in our industry - innovation.  A new format, a new approach, new talent, new . . . . something.  Radio may be an "old" technical platform, but that doesn't mean the content can't be new, fresh, and exciting.

But innovation rarely happens organically.  Whether it's Apple, Amazon, Fox News, or ABC, game changers occur in an environment where research, investment and experimentation are financed and encouraged.  That's what Ford has finally discovered after all those years of cranking out bland cars.  In these fast-moving times, the only way that radio will become part of the media conversation once again is to make innovation a priority, not an accident.  The chances of radio lucking into the next Rush Limbaugh or Stern or Christmas music or Jack-FM grow slimmer each year because our competition is not asleep.

The potential is there.  We now have sandboxes in the form of enhanced content delivery on digital platforms.  We can create new, bold, experimental HD-2 channels that integrate youth and innovators outside of radio's traditional rank-and-file.  We can invest in the grooming of new talent on streams.

We might not be able to create iPhone-level buzz.  But maybe we can enhance the game like the iPad has.