Reflections From CES - Day One - Liking (But Not Loving) Microsoft 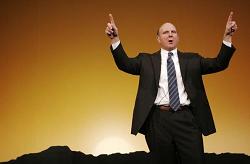 Microsoft’s CEO Steve Ballmer gave an excellent keynote presentation on last night at CES, demonstrating the broad footprint the company has across all digital platforms.  No longer just a mega-coroporation that sells Office or Explorer, they are now deeply into search (Bing), television (Microsoft Home) and gaming (X-Box 360).

Despite the power/technical problem to start the presentation (apparently this happens every year) that caused 5,000+ attendees to wait close to 30 minutes, the presentation was substantive, visually stimulating, and demonstrated how far Microsoft has come.

But something was missing.  Despite Ballmer’s best attempt at energy, it just wasn’t there.  He showed a funny video featuring Seth Meyers talking about the impact of technology (“Thanks, Technology”) on his life, and there was barely a ripple through the crowd.  Ouch.

Ballmer showed off new laptops that are smaller, thinner, and amazingly functional.  His demonstration of the power of Bing (watch out, Google – they position this as a “Decision Engine,” which by implication and in practice is more powerful than useful than a “Search Engine”), Blio (more on that below), a killer presentation on Xbox 360 in 2010 (they’re actually in the movie business now), and more was awesome.  But there were no standing ovations, no cheers, no passion.  (It makes you really admire the way that Steve Jobs is able to whip up a frenzy when he takes the stage.)

Yet, Ballmer had some significant announcements and demonstrations:

And the coolest part of the presentation was Project Natal – which enables players to engage in games on Xbox 360 without the use of a controller.  My family has a Wii - this has the potential to blow that away.  It is set for release for Christmas 2010 and is pretty amazing. 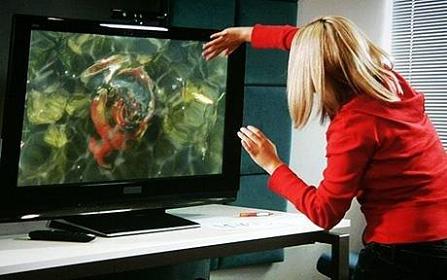 There’s no doubt that Microsoft has come a long way from the early days, and while I’ve never been to MacWorld, I have a feeling that there's a huge difference between the culture of Apple lovers and PC lovers (also demonstrated in those television ads). 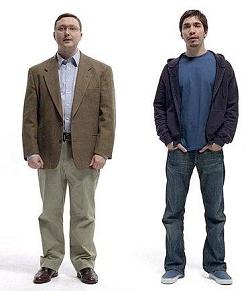 Consumers love Apple.  Consumers use Microsoft.  Apple is hot.  Microsft is cool (cold?) and functional.  Apple is the girl you want to date.  Microsoft is your efficient secretary.

There’s no advertising or marketing that can change that.

As Daniel Pink would describe it, Apple is right-brain and Microsoft is left-brain.