« By The Numbers | Main | Commoditization » 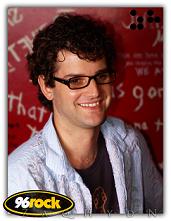 We pay a lot of attention in this blog to the power of personality, and the importance of audience and sales engagement.  But we are typically opining from 35,000 feet.  For a look from the trenches, 96rock/Raleigh programmer and afternoon drive personality, Jay Nachlis ("Foster"), chimes in with his thoughts.

When a major broadcasting company decided in the early part of the last decade to start voicetracking airshifts both internally and from other markets, it made lots of sense on paper.  Deleting X number of full-time salaries and replacing them with first class talent from other markets for around $5,000 a year would save all kinds of dough.  Besides that, the company pointed out, even smaller markets that previously had no access to such top level talent would be graced with the best.  Overnight shifts were essentially a thing of the past, and this company once even voice tracked the afternoon drive shift on a rock station in Detroit – a Top 10 market.

Ask any jock that was on the air on September 11, 2001 what they remember about that day.  Chances are they will tell you they recall throwing the format out the window.  They probably talked candidly about their feelings as the events unfolded, and how listeners used them as a sounding board throughout the day.  They will likely tell you they provided timely news and information as it unfolded, and maybe took off-the-cuff requests that had nothing to do with the station’s format and everything to do with the emotion of the day.

Ask a jock who worked for the aforementioned major company around that time what they remember about that week, and they might also mention the “9/11 Censored Songs Memo,” an alleged list of songs corporate sent out to programmers that would be insensitive to play that included “Stairway To Heaven” and “What A Wonderful World.”  Despite the fact that the company denied it was a list of banned songs, it was a perfect microcosm for how to ruin something radio did so right.

When an IT training center in the Raleigh area came onboard for advertising on 96rock in 2003, they did an endorsement deal with me.  Four years later, the President of the company told me at the Christmas party at his home that his business multiplied dramatically.  The only form of major advertising he does is radio and the only station he was on at the time was 96rock.  I attend his party every year, I’m one of his Facebook friends, I adore his family, and he knows I would do anything to make his business successful.

Can a voicetracked jock do that?

Just last night, my afternoon co-host and I (wait, did you say you have a CO-HOST in afternoon drive?  On a ROCK station??) attended a concert by a Pink Floyd tribute band.  A group of college students met us for the first time, gushed about how much they loved the station, and asked if they could take pictures of us.  One of the kids (he couldn’t have been more than 19) approached me after the first couple of songs, and with wide eyes told me how much he loved Pink Floyd, how impressed he was with this tribute band, and how appreciative he was that we spread the word about the show.

Minutes later, a 61 year-old woman (she proudly told us her age) wearing a Dark Side of the Moon T-shirt came up to us and told us how much she loves our afternoon show.  She laughed out loud earlier that day about a bit we did involving Tiger Woods, and is one of our Facebook friends.  She proceeded to answer a trivia question I asked (the answer was “Syd Barrett”) and won her choice of prizes on the table.  She grabbed a Rush CD (women like Floyd and Rush??) and went in to the show to find her friend.

A woman in line for a beer told us she was one of the three listeners we chose to request a song for that night’s set list on our Facebook page earlier that day.

We gave her tickets and the band was going to play her request and give her and 96rock a shout out later that night.

Our morning show has won awards from agencies for their endorsement campaigns.  This has resulted in repeat advertising dollars for the station, not solely because of their ratings, but because of the relationship and results they provided for the clients.

Our midday host is our Social Networking Czar.  She ensures that our Facebook page is updated throughout the day with actionable things – like giving the heads-up on remotes where listeners can show up to win cash.  A major malt beverage advertiser was so thrilled with their Facebook-integrated campaign, they can’t wait to come back on the station next summer.

Our night host (yep, he’s live) is also my APD, helps write and produce imaging, and is an invaluable resource for exchanging ideas that keep us on focused on our mission – to be a great live and local radio station.  I am sick and tired of hearing that radio is dead.  If you still think satellite radio is the future, you’re ill-informed.

Ask any jock who is at least in their 30s what they remember about listening to radio as a kid.  Chances are they will tell you stories about calling their favorite jock on the request line, going to remotes, and talking up the host of songs on the radio – whether or not they consciously knew they were doing it.

If you boldly staff your station completely with fun, motivated live and local talent (regrettably, live overnights is mostly a thing of the past but at least staff from 5a-11p) you’ll find these intangibles that have nothing to do with the bottom line (or so you’ll think at the time):

Then, a funny thing will happen.  You’ll realize that it has everything to do with the bottom line… and the future of the industry we love depends on it.

As a frustrated out-of-work and extremely capable morning talent, I'm with you. You've bristled my butt by reminding me that the full potential of radio is right under the industry's nose. It's called the unemployment line.
Talent makes one station better than another.
I can train a radio audience to immediately ask themselves, "I wonder what Tommy will do, or say, tomorrow morning?", after a news event, and thereby listen to your station the next morning to find out.
Nobody tunes in because they hope I might play Van Halen's "Jump" one more time.

Pardon me while I stand and applaud.....Nicely done Mr. Nachlis. If more jocks could understand and articulate the points that you make in your article regarding the influence of live talent not only on content, but commerce, the radio world MIGHT be a better place. I gotta go turn on 96 Rock on the stream now.

Worth noting that the Facebook page linked to in the blog is a fan page started by a listener. The official 96rock page is updated regularly and features the standard "wall" format that most FB users are accustomed to.