JacoBlog - Jacobs Media's Blog: The Chicken-Egg Of It

The Chicken-Egg Of It 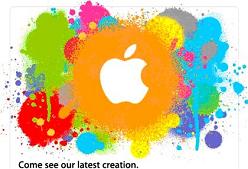 It is incredible how new gadgetry has captivated the media world.  And for more proof, think of the frenzy that has only intensified as the announcement of the Apple tablet or iPad or whatever it will be called will apparently happen today.

But what drives adoption of new technology and devices – the thing itself or the content within?

If you’ll permit me to take a trip back to my roots, the music that became Classic Rock all incubated in the ‘60s.  Starting on Top 40 AM radio – monsters like WLS, WABC, and CKLW – it was the progressive, freeform ragtag radio stations that fueled the FM boom.  They drove the urge to buy “FM converters,” and ultimately, car makers and electronics manufacturers adding FM radio as standard equipment.

But it didn’t happen overnight, and the AM guys were pretty convinced for a lot of years that FM would never be successful, much less out-rate their historically strong signals and dominance.

Netflix and TiVo were breakthrough ideas, but they required the strength of great films and programs that consumers would enjoy, whether getting them in the mail or being allowed to time-shift them.

The iPod was an amazing device, able to hold and organize thousands of songs in the palm of your hand.  But it was always dependent on great music, and ultimately pictures and video content to support the platform.

And the iPhone and similar smartphone devices have been rocketed by apps.  Remember that prior to the App Store opening, these gadgets were nice for surfing the web and checking your email, but it was the content embedded in hundreds of thousands of apps that has unleashed the power and popularity of these mobile devices.

If 3-D television takes off, it will be attributed to the breakthrough film, Avatar, which elevated an old technology, and enabled more filmmakers to try their hand at creating incredible video programs and movies in this format.

The content can also be in the form of a message.  As the Haiti relief effort plays out, Twitter technology – not a gadget but a means of communication – becomes more viable, popular, and mainstream.

And that brings us to HD radio.  Critics – of which I have been one at times – talk about the difficulty of communicating precisely what HD radio is.  Others knock the technology, the barriers at retail, or the skepticism that festers inside many radio stations.

But at its root, HD radio might have clearly been adopted much faster had there been a commitment to creating compelling content on HD2 channels.  If you accept the notion that content indeed drives the acquisition of gadgetry/technology, then the lack of it must share part of the blame for the fits and starts that have accompanied the HD radio rollout over the past several years.

Yes, you can point at competing technologies and even the myriad of new gadgets that have been targeted to consumers as reasons why HD radio has lagged behind.  But if broadcasters had devoted more time, money, staff, and energy when the economy was good to creating viable, exciting HD2 options – much like satellite radio did – the outcome might have been different.

You’ll notice in some of the examples mentioned above that much of the great content that has driven the purchase of devices has come from major corporate and artistic efforts – movies, songs, television shows, etc.

But the open source, consumer-based nature of the App Store and Tweets contradicts that notion – or at least creates a different scenario that aids and abets adoption.  You don’t have to spend millions of dollars if you can harness the power of the consumer in content creation.

Apple discovered that opening up the development of applications to anyone was the “secret sauce” they needed in order to leapfrog ahead of every other Nokia, BlackBerry, Palm, and other smartphone makers.  While there are now thousands of professional developers contributing to the design and creation of apps, any kid sitting in his basement can design and launch one.

Similarly, Twitter – as well as Facebook and MySpace before it – is all about citizen contributions.  Look at what really gets the attention on YouTube.   It is consumers who supply and create the content.  While much of it may have questionable value, Facebook allows users to share content and links from “friends,” while the celebrity nature of Twitter makes it possible to find out about what Shaquille O’Neal and Guy Kawasaki are thinking at any moment in time.

So back to HD radio.  While some may conclude that broadcasters have blown it because they failed to create the type of content that would motivate consumers to march over to Best Buy or Radio Shack to demand they stock HD radios, the source of HD2 content is still worthy of discussion.

Unlike Internet radio where there are millions of stations but (aside from search) very few viable ways to promote them, HD radio still has the advantage of being linked with broadcast outlets that have impressive cumes.  Ask consumers to name an Internet radio station, and once you get past Pandora, how many come to mind?

But on their air, terrestrial radio companies have the unique ability to promote HD2 outlets with lots of commercial inventory.  So perhaps a more open source discussion of HD2 and 3 programming is a worthy topic once again.

The Pittsburgh Penguins acquiring an HD2 station is a sign.  So is CBS's new MichiganSaver Radio now heard on HD radio in my home market here in Detroit.  So would a broadcaster leasing a spare HD2 channel to a large ethnic group in their city with important messages to communicate.  Or that college radio station that is looking for wider distribution.

And that is indeed the chicken-egg of it.  Is the way to make HD radio success as simple as actually investing in the research, development, and creation of programming that would drive the sales of radios?

Many broadcasters have believed that when there are enough HD radios in cars and other places, then they’ll start producing great programming.  And manufacturers have to be wondering when they’re going to start getting enough consumer demand to actually justify making HD radios.  That’s what “The Waiting Game” is all about.

And the consumer?  They don’t care and they won’t wait.  If broadcasters get around to addressing this, maybe they’ll pay attention.  But if they continue to go down the same “let’s wait and see” path as the last several years?  There is no shortage of gadgets and programming for consumers to acquire.  If radio isn’t getting the job done, someone else always steps up.

I know the conventional wisdom is that people don’t buy radios anymore – they buy devices that have radios built in them. 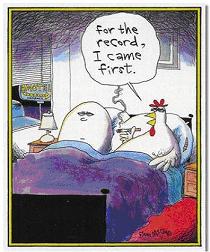 … maybe because that’s because it’s been so long since terrestrial radio actually created the type of programming that might make consumers actually want to buy a new radio.

After I posted this blog, The Wall Street Journal wrote their "take" on HD radio - reporter Katie Boehret writing for "The Mossberg Solution." http://solution.allthingsd.com/20100126/reaching-for-the-height-of-radio/
It is generally a very flattering review of HD radio but also calls into question the quality of HD2 channels created by broadcasters. The "chicken egg" conversation continues.

A new view of the logo: