This morning’s guest post comes from Jacobs Media’s Ralph Cipolla, who braved the crowds and the cold to provide some perspective from the North American International Auto Show.  Or as we like to call it, The Detroit Auto Show.  This event was more than just cars, which JacoBLOG readers read up on during Paul Jacobs’ guest posts from the Consumer Electronics Show.

After an extremely difficult year for the auto industry – and for the city of Detroit – this year’s Auto Show had a much-improved vibe and energy.  Ask Ford, GM, and Chrysler what their message is, and you will get an enthusiastic “We’re Back!” and a somewhat sheepish “OK, we get it now.”

Step into the 1 million square-foot hall, and you get a dual message that is loud, clear, and new for 2010.  New car emphasis is on: (1) Eco-friendly and green innovation, and (2) Leading edge technology on wheels with a “Wow factor” that rivals a trip to the nearest Apple Store.

It’s this second factor that should resonate for radio people, as our monopoly on the dashboard continues to weaken as the auto manufacturers push for more technology in their vehicles.

In last year’s Jacobs Media Tech Poll, nearly half of those planning to buy a new vehicle indicated that the ability to connect an iPod-like device in their car was highly desirable. 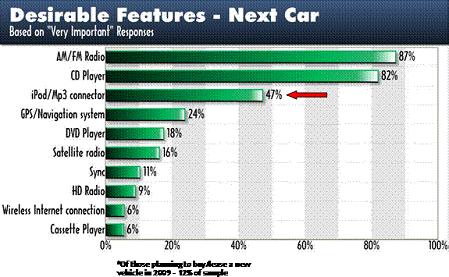 Well, someone in Detroit was listening.  I took an informal poll on the floor and discovered that 100% of all new Fords, Acuras, Hyundais, Toyotas, and GM vehicles will provide a mini-jack/aux access for an mp3 player.  As we’ve discussed in this space before, that’s a game changer for the in-car listening experience.

But if you followed Paul’s exploits at CES, it runs much deeper than that. Here are just a few of the snapshots from my visits to the Ford and Acura exhibits. 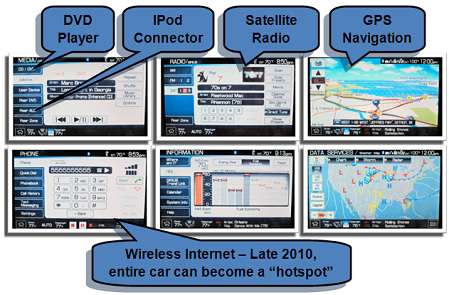 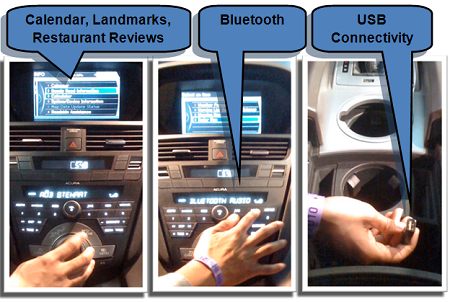 Every auto rep I spoke to at the show told me there’s a high priority on serving the digitally-focused consumer.  And as the woman from Acura told me, "Wow, would you just look at this car?  We’re not sitting in a concept car.  You can buy this car right now - a dream for anyone into tech and gadgets."

Finally, some thoughts and conclusions from the 2010 Detroit Auto Show: If you needed yet more evidence that the car is no longer radio's remaining refuge, this was it.

And of course, there’s the big issue revolving around how well local content and personalities will fare in an environment where consumers can easily access an iPod, a fully loaded hard drive from the vehicle’s USP port, a DVD player, and any Internet station or source they can punch up.  We’re not going to voice-track our way out of this one.

See you on the road.  Eyes front, OK?