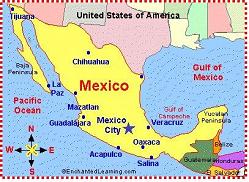 Most of us know from personal experience, and from reading umpteen research surveys, that Facebook is a mega-force in the way that people now interface with one another.  And the social networking monster continues to permeate older demos as they share observations, stories, pictures, music, and everything else on their walls.

But if Facebook is changing the way that people communicate, mobile devices are altering where and when they network and share information with each other.

A lesser known fact about Facebook is that it has now broken the 100 million threshold for mobile users.  That's right - a population about the size of Mexico can now whip out their smartphones and easily network with one another.

In the U.S., comScore reports that 16% of mobile users over 13 used a device to access a social networking site or blog this past December, a number that continues to edge higher as more and more consumers upgrade to better mobile devices.

With the iPad on the way, and the new Nexus One beginning to move the needle for the Android platform, mobile upgrades continue to move quickly.  Google's Eric Schmidt says 60,000 Android handsets are shipping every day.

Consultant Tomi Ahonen reports that consumers replace their phones on an average of every 18 months (and that window is shrinking) so Facebook - and other popular mobile applications - will become faster and portable to meet these growing demands. 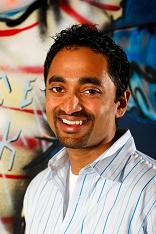 Facebook realizes the importance of keeping up with mobile users.  Its VP for user growth (how's that for a title we'd love to see catch on in radio?), Chamath Palihapitiya, notes that "With the explosion of smartphones, we want to make sure people have a great Facebook experience that scales with their device especially as people have begun to upgrade their devices more frequently."

But how many radio managers and programmers are thinking the same way?  In an environment where many have been slow to simply provide a quality stream, too few are now focused on how eyes and ears are shifting to mobile devices.

We have designed some great apps for a growing number of stations, and increasingly, they provide more resources and creativity than just streams (although what's wrong with that?).  But so many other operators are sitting on the sidelines, waiting to see whether mobile will become a trend.  Or, they are content to be a brand that has become buried in an aggregated app that features hundreds of other stations.

Mobile - like any other medium - is about making the consumer experience better, easier, more convenient, and even fun.  As we talk during our app development meetings, if a user bothers to download an app and it turns out to be boring, dysfunctional, or tough to navigate, it gets deleted or neglected in a hurry.

Facebook, Pandora, and the big boys get that.  Palihapitiya knows that keeping up with his user base - and staying ahead of them - is a key to avoiding going the way of MySpace and other also-rans: "Facebook has already become a primary way for millions of people to stay connected and Facebook's lead is likely to be extended as more consumers use increasingly powerful mobile devices (with photo/video + high-speed access) and the communications options on Facebook (like voice/video chat and other services) continue to rise."

They don't look at addressing mobile as an obligation, but as an opportunity.

Our upcoming Tech Poll - now in the field - will specifically cover the ways that listeners use their mobile devices, including streaming, Facebook, and other entertainment and communication activities they can access in the palm of their hands.

Radio has to move with its audience or face falling farther behind in the location wars.  Shadowing Facebook's moves isn't a bad strategy.