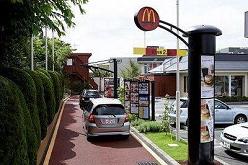 Don't say we didn't warn you.  Pandora's Tim Westergren has been gunning for broadcast radio for some time now.  And he doesn't hide it.  He comes right out and tells everyone that Pandora's goal is to replace traditional radio as we know it.

He hosts town hall meetings (I attended a packed one here in Detroit last fall) to make sure his product is on-target, while also communicating to consumers that he cares.  And Pandora continues to tweak and morph the product to be more and more inviting to music lovers.

And now that Pandora is winning the streaming wars and he adds thousands of new users every day, Westergren wants to start pecking away at radio's local sales efforts, the bread and butter of traditional radio.

Last month, Pandora announced that it's zeroing in on generating local sales revenue.  They now boast 175 pumped up employees, as Brian Mikalis, Pandora's VP of performance ad sales notes, "We've been getting a lot of requests from small to mid-size businesses, and we had our premium direct sales teams fielding a lot of those calls.  We want our premium team focused on the largest Fortune 500 brands, but we didn't want to do nothing with those other requests."

There is an aura to Pandora that satellite radio could never attain because it lacked the necessary critical mass.  Pandora is fresh, different, exciting, and becoming ubiquitous - thanks largely to its accessibility on mobile phones.  And because Westergren continues to position Pandora as "radio," the comparisons between a struggling "old media" business with no buzz and an exciting, emerging, rapidly growing enterprise with lots of buzz are obvious.

Now by focusing on local sales via small and medium-sized businesses, Pandora is serving notice that it wants to be a serious revenue player.  And because it is cool and has a mobile application that is immensely popular, you can definitely understand why advertisers want to be a part of it.

So now that newspapers are in the tank, will local advertisers start questioning your sales staff about why they shouldn't move over to the coolest kid on the block?

If they do, here are a few bullets:

Radio is on in every car - Pandora's not (at least not yet) - On the local level, it is truly about reaching "windshield businesses" - companies that consumers pass as they're driving and commuting from point A to point B.  With broadcast radio, the ability to connect listeners with retail advertisers is powerful.  It will take Pandora years to reach the penetration in cars that radio has right now.

Radio has presence on the ground - they don't (at least not yet) - A great street team can make a difference, working with advertisers at remotes, sales, and other events that are immediate.  While Pandora can effectively target by zip (they have this info for every listener), your station can deal with clients and customers at eye-level.

Radio offers dynamic targeting - I'm listening to my Dire Straits station on Pandora and I get served up a Celine Dion ad.  On the radio, you're not going to hear ads for this diva on a Triple A or Classic Rock station.  Radio isn't just about zip codes - it's about audience cults, communities, and tribes, with advertising targeted accordingly.

Radio has personality and engagement - If you have personalities, teams, and DJs that matter to local listeners, that celebrity power can be gold.  Live spots, appearances, endorsements, and just showing up can be a priceless benefit.  Yes, radio has lost some very talented people in the past year, but in most markets, your personalities are bona fide local celebs.

Radio's multi-platforms provide more variety than Pandora's - Blogs, podcasts, streams, videos, social networking, contests, voting, chats, texting, and yes, even the request line connects consumers in many different ways to broadcast radio.  There are many ways to interact with traditional AM/FM radio stations, and there's a warmth there that is lacking in automated-sounding Internet radio services like Pandora.

Am I missing some of radio's inherent benefits over an up-and-coming service like Pandora?  You tell me, and I'll be more than happy to publish them here.

And if you think I've undercut Pandora in some way, I'm expecting to hear that, too.

But let's also face the fact that Pandora does a lot of things very well.  It is interesting, different, intuitive, and it's about music.  There are nice music resources on the Pandora website that allow users to discover, learn, and buy - all qualities that many terrestrial music stations ought to be emulating on their digital real estate.

And that's also the point.  Pandora is your competitor.  Realizing that fact is a first step in broadcast radio becoming a better and more vital product.

The tactics that beat the other stations in the market aren't going to have much impact on Pandora.  It's a whole new day.

Competition makes you better - ultimately.  Ford has finally stepped up to make competitive vehicles up against Honda and Toyota.  The Kindle device and its functionality will improve now that there's an iPad on the way.  And the iPhone app platform has already improved since Android came to town.

Broadcast radio has the ability to step it up, too.  But only if it is perceptive enough to know a new competitor when it sees one.

indeed, pandora is certainly a new audio competitor for terrestrial radio to keep an eye on. Selling against, and beating them won't be a walk in the park, but it absolutely is possible.

other web-based competitors that radio should be accutely aware of: ReachLocal, ServiceMagic, and Yodle, to name a few.