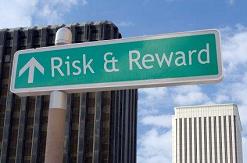 If you're a regular reader of this blog, you may be thinking, "Enough already with this Super Bowl."

But when a single sporting event attracts more viewers than any other show in the history of television, generating approximately $3 million per :60 commercial, you'll have to indulge me for one more post.

That's because with all the marbles on the line, the Super Bowl's big winners were those who didn't play it safe.  In fact, the biggest risk-takers were rewarded (or will be rewarded) with the best returns.

First, there was Saints' coach Sean Payton who opted to start off the second half with a surprise onside kick.  Of course, it turned out to be successful, and changed the tone and vibe of the game.  Even had it not worked, however, Payton sent a message to the Colts that he was not going to simply go the tried-and-true by the book route.  It was a big risk that paid off big-time.

Second, there was Jay Leno.  After weeks of NBC corporate botching his drama with Conan O'Brien, Leno took a risk by appearing with David Letterman (and Oprah) in one of the most memorable promos we've ever seen.  By bucking convention and appearing on behalf of his arch rival, Leno sent the message that he is truly a funny, inventive guy willing to break the rules and have a good time.  By not taking it so seriously, Leno did more in :15 to repair his image than any major ad campaign (hey, Toyota, did you notice that?).

Third, there was Denny's.  Yup, free Grand Slam Breakfasts for every Tom, Dick, and Harriet this past Tuesday.  Did it work?  Well, the restaurant chain reportedly served up a whole lot of GSB's, while generating millions and millions of dollars in free coverage and buzz on media outlets worldwide. 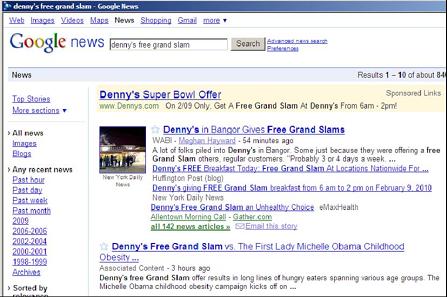 Is it a great return on investment to give away all that food on Denny's "Super Tuesday?"  Maybe/maybe not, but that's what brand investment is all about.

And it used to happen in radio.  Former radio owner Cecil Heftel, who passed away last week, was famous for his big cash and concert ticket giveaways, back in the day when radio used to generate some of "Oh wows" of its own.

At a time when conventional wisdom tells us that if we want to win in PPM, we need to pound the hits, play it safe, don't make mistakes, and avoid risks, it might be wise to revisit that thinking.

As we all know from experience, not every risk pays off.  And the bigger the risk, the bigger the potential failure.  But in a media and entertainment environment where consumers have seen it and heard it all before, it is megawatt films like Avatar on the one hand, and boutique projects like Crazy Heart and District 9' on the other, that have the best chance of winning this year's Oscar gold. 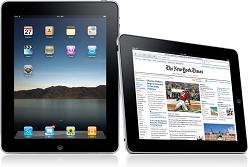 Steve Jobs' iPad adventure is taking a lot of heat in the geek community.  Everyone has their snarkey list about why it is destined to fail.  And while Jobs has been widely criticized before the device is even on sale to the public, he would probably tell you that without risk (Remember Newton, Lisa, etc.), there is no reward.