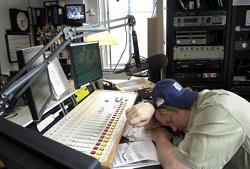 One of the casualties of the media recession is that so many companies have had to lay off great employees.  Left to hold down the fort are often managers struggling to get it all done.  Radio was never designed for programmers to oversee two or more stations, do an airshift, and update the website, but that type of job multitasking has been the norm at many stations during the past couple of years.

While fatigue is one of the byproducts of a greater workload, exponentially more responsibility, and less compensation, there's also a quiet erosion occurring on the training end of the business.  Back in the day, program directors came up through the ranks, spending time as an APD, an MD, on the air - or a combination of those roles.  Most went through an apprenticeship of one kind or another, helped along by a mentor or two who truly made a difference in their careers.

Too often, many of today's PDs may have missed some fundamental lessons along the way because they were thrown on the front lines of radio programming and marketing without the proper seasoning and training.  Thus, many fledgling programmers, sales people, and even managers have gaps in their radio education.

That's why the Conclave plays such a valuable role.  It's been around for 35 years, providing knowledge and education to radio veterans and neophytes, along with thousands of dollars of annual media scholarships.  We talk a lot in this blog about attracting and nurturing young radio talent.

Like every company and organization in radio, The Conclave has had to reconsider and refine its role and the contribution that it makes.  In the past year or so, they have stepped it up with webinars, podcasts, blogs, and other teaching tools to help save broadcasters money, while performing that all-important educational function that is so often neglected in our get-it-done-now-for-less business.

And so I'm happy to tell you about their newest endeavor because it involves our company.  As part of their convention this summer in Minneapolis, Jacobs Media is partnering with Conclave to put together "Summer School," a morning long series of panels and seminars designed to help radio pros learn or brush up on the fundamental blocking and tackling functions that are so important to being an accomplished broadcaster. 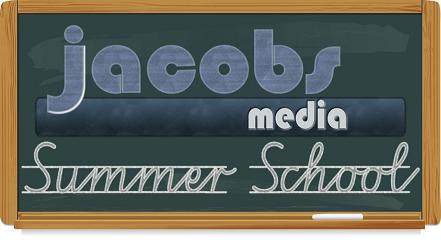 As Conclave board member David Martin reminded me, summer school functioned as a way for students who were falling behind to catch up OR as a means for bright students to get ahead of the pack.  So whether for remediation or advancement, Jacobs Media's "Summer School" at The Conclave will be designed to be a content-rich, fast-moving series of sessions that will feature professionals from my company, as well as special guests from around the industry.

Taking a page from PPM, "Summer School" sessions will be quick - 20 minutes long - and filled with actionable, compelling aids designed for time-crunched, slammed broadcasters.  The Conclave is offering a special $149 Conclave tuition by using “Jacobs Media” as the "Gang of Ten" code on their Conclave registration form. 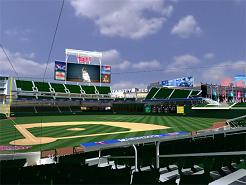 And attendance at the Jacobs Media Summer School is guaranteed with a Learning Conference registration.  It takes place July 15-17, and "Summer School" is set for the morning of the 15th (with exams to be held that night at brand new Target Field as the Twins take on those dreaded White Sox.)

No grades, no taking attendance, and no tests.  But hopefully, another positive step for an industry that needs to get better and more competitive.  We're only as good as the people who work for our stations.