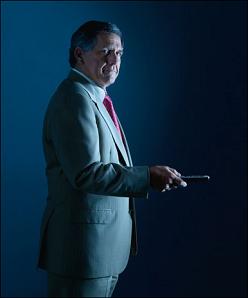 A funny thing happened on an investor/analyst call recently.  CBS head honcho Les Moonves was effusive about his company's revenue forecast.  But even more interesting was this statement about the company's radio division:

“Radio’s steady improvement is not only a result of an improving economy, but our focus on programming is instrumental as well.”

Tack that one up on the wall in the kitchenette, the conference room, and in cubicles because it could signal a re-energized and important beginning that can hopefully change the budgetary priorities in radio.

As Moonves pointed out in this analyst call, CBS Radio stations in top 10 markets grew an average of 10% in the ratings last year, moving the revenue needle accordingly.

For too long now, radio companies have slashed, pruned, and decimated programming, marketing, and research budgets - all areas that greatly impact a station's ratings, and ultimately the core ability to appeal to listener tastes and needs.  Eventually, this starvation diet affects brand equity.  While many companies diligently invested in their station's on-air product for decades, many brands are now running on fumes.

And of course, the stakes are so much higher now.  In order to effectively compete in the entertainment and information worlds, brands need to be about much more than what their terrestrial signals cover.  The digital, social media, and mobile demands are of critical importance to radio's most important two constituencies - listeners and advertisers.  To continue to give lip service to these areas isn't just disingenuous - it's nonsense.  Everyone knows that radio simply isn't doing enough in these areas to effectively compete.

There's been a lot of talk and debate about what Pandora's growth ought to be telling radio operators about their business.  Some actually see Pandora's streaming/mobile model as an indicator that digital radio can be effective both financially and with a global audience.  As they say, perhaps Pandora's meteoric rise in online rankings isn't such a bad thing because it could be a motivator.

I see it a little differently.  Pandora isn't just kicking radio's ass in overall streaming numbers.  It is winning the hearts and minds of consumers because it's unique, novel, buzz-worthy, and rapidly becoming ubiquitous.  I believe that Pandora is exciting to consumers because of perceptions for many that it has reinvented a dull, repetitive, and out of touch medium - radio.

Our new Tech Poll has several Pandora-centric questions that are designed to get to the heart of the issue.  Opinions are one thing.  Data is another.  And looking at the early returns, I can already see the writing on the wall - Pandora is simply perceived to be a far superior product to commercial radio music stations among those who listen to both.

But don't take it from my research.  Broadcasters should be asking these same questions themselves, across their spectrum of stations, and in their local markets.

Yet, in most perceptual studies I see, there are rarely questions devoted to the topic of online radio, Pandora, and related issues.

It's a reminder of how the American car companies ignored and overlooked the Japanese imports in the '70s (and the '80s and the '90s) because of insular, myopic attitudes.  And we know now what that denial cost them.

So let's hope that the Moonves Mantra - look what radio can do when it invests in programming - extends well beyond Black Rock and permeates broadcasters everywhere.

It's time to reinvest in the product.