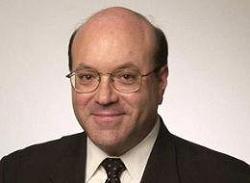 A topic that is frequently discussed in online blogs and the many emails about technology we receive every day revolves around the role of the employee in today's media companies.

That was why the story that Bob Feder broke last week involving Randy Michaels' memo about the "119 dirty words" that WGN Radio news staffers are apparently not allowed to ever use again struck me as a bit unusual and even dissonant in today's job market.  Many have commented on this scuffle, but perhaps a key point has been lost. 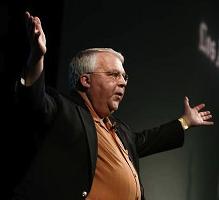 My head scratching has nothing to do with the banned words themselves or even Michaels' intention to eliminate crutches and lame overused phrases from the air.  Lots of PDs can relate to the memo because Michaels - like many of us - is a control freak.  If you program something with passion and you put your heart into it, even a misused word or phrase will make you nuts.  Just ask my staff.

The oddity about the memo was in the alleged (oops, that's a banned word) way in which Michaels is enforcing the policy.  Feder says that staffers are being asked to carry around a bingo-like card they're to fill in with the name of the violating reporter and the time the infraction occurred whenever they hear a co-worker use one of these questionable words or phrases on the air.

Turning in your colleagues?

At a time when corporate America could stand to listen to the ideas from their beleaguered yet dedicated rank and file, this policy reduces them to ratting each other out.  As if everyone isn't running a little scared as it is.

Maybe that's why kids in college would rather work for Google than Tribune.  Google is far from perfect, and they've had defections, too, but initiatives like their "20 percent time" policy have become world famous because they allot time for employees to think of ideas that will help the company.  They send out the message that people are important, they have a unique point of view, and they can add value to the entity.

They also value authenticity.  Google Europe boss John Herlihy recently spoke about how his company measures staffers in order to maintain growth and customer service, “We measure people every 90 days.  We get 360-degree feedback on people every 180 days and that feedback is published to the whole company.  People want reality.  Ninety percent of the rewards end up going to 10% of the people.”

Part of our long-term problem in "old media" is attracting the best and brightest young smart college graduates and innovators to our companies.  The same kind of people who wanted to get into radio in the '70s more than anything else are now trying to get jobs with Apple, Google, Facebook, and Pandora.

It goes beyond platforms.  It goes beyond content.  It goes beyond gadgets and technology.  Millennials want to work for companies that respect them, and provide them with an opportunity to grow and learn.  As the global recruiting company Hays points out about Gen Y:

Generation Y are very career driven, but they expect a lot in return and if an employer does not provide it, they will go elsewhere.  With the average anticipated length of tenure between two to four years, employers need to be seen to be adding value to a Generation Y employee to counter this trend and retain them...Generation Y are loyal to an employer who is honest and respectful.  Support company values, deliver your promises, meet their needs and be considerate of individual skills, goals and expectations. 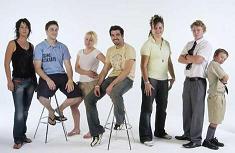 The intimidation, the bombastic antics, and the histrionics and stunts are as dated as the pet rock.  They may have worked then, but they won't work today.

If radio, TV, and print are to recapture some long lost magic, and start attracting great young talent, they will have to do better than just providing a decent pay scale and benefits.  They will have to address the issue of environment and vibe.

It's a different day.