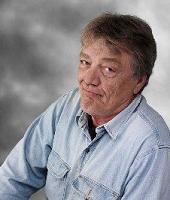 In yesterday's post, we began a discussion about the value of radio stations focusing budget and personnel on the local space, especially given the preponderance of global media competition.

The local question is mitigated by the reality that so many local market radio stations are shadows of their former selves, ravaged by the impact of cluster consolidation, the recession, and moving away from what's happening in the cities and towns they are licensed to serve.  Even as national advertising dollars have dried up, most stations have not truly refocused their efforts on tapping into the resources of their communities.

Oh sure, they have lots of sellers trying to garner every last dollar from the local retailers that haven't been squeezed out by the Wal-Marts and other big box stores.  But how many stations are truly focusing on presenting that special blend of music, personality, and content that only a truly plugged-in local station can provide and program?

If you grew up with radio back in the '60s, '70s, or even '80s, you always knew where you were.  Cities like Chicago were loaded with area personalities, crazies, wise guys, and stars.  Whether it was Steve Dahl, Larry Lujack, Kevin Matthews, or Wally Phillips, you couldn't get out of the way of great radio that set the tone for life in the Windy City.

But the same was true in many smaller cities and towns that grew their own style of radio.  KDF didn't sound like CMF.  And WNEW-FM had very little in common with KLOS despite the fact they were both technically large market AOR stations.

Ratings are ratings, and the elements of success have become more and more standardized over time.  Researchers and consultants (yes, fire away) have had a hand in the erosion of unique, local radio, too.

At the Canadian Music Week conference a couple weeks ago, a consultant told me that "Canadian stations are following Clear Channel's lead" when it comes to voicetracking, slashing, and revenue generation.

Great.  Why not emulate Toyota while you're at it?

And while local radio stations are chasing ratings and revenues with just a glance at audience and advertisers, the big boys - and girls - are moving in for the kill.

Consider this:  Huffington Post has now created what they call "local verticals."  Starting with Chicago (hmmm... maybe Arianna hears the same thing happening on local radio and the metro's weakening newspapers) and now in L.A., New York, and Denver, they are rolling out local sites based on the popular Huffington Post global entity.  Here's a look at the Chicago version (look, there's Randy Michaels!):

ESPN is using a similar strategy, setting up their own locally targeted web efforts in big sports towns.  Here's a look at ESPN Boston:

This puts just a little pressure on WEEI, The Hub, and of course, Boston's local newspapers to step it up and better serve their local sports communities.  ESPN has great assets, but a well-oiled, deeply rooted local media outlet knows the backstreets, has the inside track, and ought to be poised to provide a better Boston sports experience.  Or at least they should.

OK, one more example.  Last June, AOL bought Patch Media, and now this idea of hyper-local news is taking shape.  Last week, the announced relaunch of their City's Best service, set to roll out local content for 25 markets this year, sets the tone for AOL's strategy.  Patch already provides this coverage in 40 markets.  In addition, AOL is going to ramp up local stories on its home page.

But it's their CEO, Tim Armstrong, who tells you all you need to know about their plans and the opportunity:

"Local is the one area of the Internet that has not been built out in an extensive way.  While there are companies in the local space, AOL has the technology to digitize the local space at scale ... We believe it's an untapped market for the most part and one of the largest commercial opportunities online that has yet to be won."

Untapped because newspapers are going out of business and scaling back, while local TV and radio operations prune their staffs and their coverage.  It's never been about a lack of interest in local among consumers.  So when these huge entertainment and information brands invade your hometown, you better believe they've researched this opportunity extensively, and they smell blood.

For information providers, think of it as Wal-Mart and Best Buy systematically putting the local hardware and stereo stores out of business.  It will happen to local media, if they let it happen.

If you think it's been difficult to compete against global brands on their digital turf, imagine how much more challenging it's going to be to go up against ESPN, the Hufflington Post, AOL, and other mega media companies on your home field.

Tomorrow, a few thoughts about what you can do to maximize the local opportunity.

Here's the quote I found most interesting:

"Pointing to AOL's commitment to invest up to $50 million this year on local initiatives, (Jon)Brod (Director of AOL Ventures)says Patch.org ties into AOL's focus on local content that bridges the gap between real-life offline neighborhoods and online communities. It follows the company's push to hire local journalists to write and post community news."