Yesterday, we took a look at how radio's robust spotloads may be conspiring to hurt the medium as the mobile Internet becomes ubiquitous.

But in the Internet world, we have seen the demands for web advertising, which has put pressure on traditional media.  Broadcast radio salespeople have a tough putt on their hands, as more and more advertisers gravitate to digital ads.

The banner ad continues to generate controversy.  Buyers may ask sellers at Jazz and Soft AC stations whether listeners actually hear their spots.  But in the world of web advertising, do web surfers even notice banner advertising?

One of the dot com stalwarts has been Evite.  I'll bet many of your have used this free, online service that sends out virtual invitations for barbeques, birthday and anniversary parties, reunions, and company picnics.

Evite is 12 years old - a lifetime in the Internet world.  So what's their business model?

Banner ads.  It's all they have, and that's what generates the bulk of Evite's revenue.

But as Evite's CEO Hans Woolley told The New York Times, the effectiveness of banner advertising has waned over the years: "The click-through rate is not what it was." 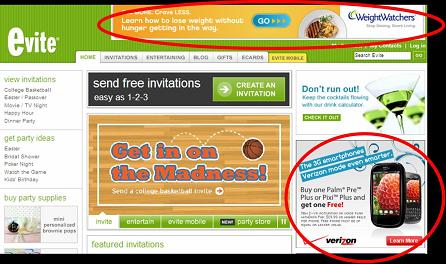 How to fix the problem?  "It may mean having fewer ads," noted Woolley.

In our cluttered media environment, consumers have more choices, and as Woolley knows, banners ads can be a problem, especially in the wake of new virtual invitation companies like Socializr and Anyvite, both of which are ad-free.

Evite may be the big dog now, but they realize that their dominance may not last if they don't address the ad revenue/clutter issue.

In radio, broadcasters are facing the same challenges, and as Sean Ross noted, the idea of less advertising in order to compete in a tougher environment may be the only option.

But radio has so much more going for it.  Here's Evite with only one source of ad revenue - the lowly banner ad.

Radio has an array of great tools, above and beyond the traditional :30 or :60 spot.

Radio offers so many advertiser engagement options, and packaging opportunities that can offer so much more than digital competitors.  But how many broadcasters have been able to effectively put together these multi-platform marketing programs that can change the conversation? 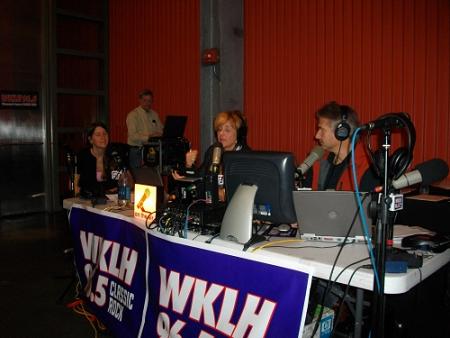 When I read comments like Woolley's, it reminds me of just how powerful a media reach and branding tool that radio can be.  Now we just have to position it that way to advertisers.