Recently Sean Ross boldly took on the topic of radio commercial loads in his "Ross on Radio" column.  Sean's point was that given the proliferation and popularity of sites like Pandora and Slacker, consumers are making those inevitable comparisons.  And the results aren't very pretty.

As Sean put it, "...Slacker and Pandora will never have to fill 14 minutes of inventory.  And it’s clear now that terrestrial radio is on the verge of its own Drake moment where the expectation of an acceptable spotload is forever redefined—particularly as streaming radio continues its march to the dashboard.  Commercial FM music broadcasters must come to the realization today that the present 12-14 minutes of spots an hour will not be tenable much longer.  And for many listeners they are untenable already."

Some terrestrial broadcasters have been grappling with this issue in one way or another these past few years.  We've talked about Clear Channel's WRFF in Philly, which has sported a much leaner sound since it signed on nearly three years ago.  And Cox's Bob Neil has been focused on spot loads for several years now, stripping back inventory, clutter, and unnecessary talk and non-music material that have no listener benefit.

But in the main, the commercial load war yet to come will be much more vicious than the old Doubleday commercial-free tactics from the '80s.  Fewer commercials (or none at all) were a big factor in originally putting satellite radio on the map.  And as much as broadcasters want to ignore the "first alert" negative they have heard in focus groups and listener advisory panels for decades - too many commercials - the burgeoning digital competition changes the game.

Sean mentioned Slacker VP Jim Rondinelli who spoke at the recent RAIN conference in Toronto, and talked about investigating the audience's "threshold of annoyance," something that Slacker is regularly researching.

That hasn't been our MO in radio - it is assumed that commercials are a given; a variable that essentially cannot be controlled because of corporate dictates, Wall Street demands, and other set-in-cement tenets that have allowed broadcast radio to become a cluttered mess.

In an odd way, PPM has come along at an interesting time.  While managers and owners are now grappling with the most effective ways to avoid "meter migration," it's impossible not to concede that commercial breaks beget tune-out.  So as broadcasters try to address the most effective ways of trying to move the PPM needle, these same tactics will need to be employed in order to attempt to neutralize competitors like Pandora. 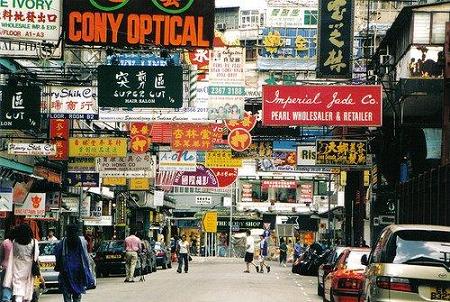 I realize these competitors are on few radar screens at the moment.  But they should be.  Pandora may not be taking our revenue just yet, but given their rapid growth, and availability on mobile devices, laptops, desktops, and cars, they will be a player.  If you don't believe me, add a Pandora question to your next perceptual study, music test, or callout survey.  Z98, the Wolf, and Jack-FM may turn out to be the least of our problems.

And think about it this way:  If you're over 40, you know that ABC and CBS are legacy broadcast networks, while TNT, Bravo, and MTV are cable channels.  But if you're a Gen Y consumer, they're all a bunch of channels on your cable or satellite system.  There's no distinction.  Either they program good stuff you want to see or they don't.  History, time in grade, and tradition mean nothing as you're flipping through 200+ channels.

Those days are coming to radio as well.  It will be about channels of programming that consumers can access wherever they are and whenever they want to.

Tomorrow, we'll take a look at alternatives to the traditional spot in the online world, and see how the banner ad is holding up in 2010.