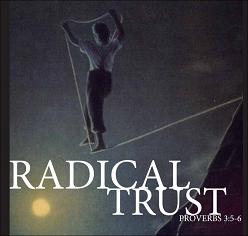 I had the pleasure last week to keynote at the Michigan Association of Broadcasters "Great Lakes Broadcasting Conference & Expo."

The topic was social media.  Besides mobile, there is more talk about Facebook, Twitter, and other social media than any phenomenon I can recall.  Of course, part of this is motivated by advertisers moving their budgets into the social media sector.

But it runs deeper than that.  Stations are struggling with the notion that, in fact, the audience may be a better organized community (and communties) than they are.

This cuts both ways because during a time when stations have no outside marketing budgets, there are ample opportunities to tap into existing communities and groups that have organized on the Internet.  And if you think it through, what's more valuable in this environment - having a modest billboard campaign for your station or receiving an endorsement from a large group of consumers?

To address some of the challenges and opportunities with social media, I turned to one of the smartest resource people I could think of - a librarian.

Last year, I came across a great blog about social media and related marketing issues written by Alison Circle, the marketing communications and brand manager for Columbus Metropolitan Library.  One of the things I've noticed about social media and mobile strategists is that they often cross media lines.  There is a lot to be learned from professionals who work in "outside media" industries, because we're all trying to get our heads around the best ways to use the new tools.

But as I got to know Alison, I came to realize that she was a lot closer to the media world than I first thought.  For 13 years, she served as Marketing Director for Garrison Keillor and A Prairie Home Companion - so yes - a radio person.  And she also worked on branding for Target during a stint at Jack Morton Worldwide, a global branding agency.

So we tag-teamed to put together a dynamic presentation about the ins and outs of social media.  And her vision was invaluable to bringing a very different look and point-of-view for the broadcasters in attendance. 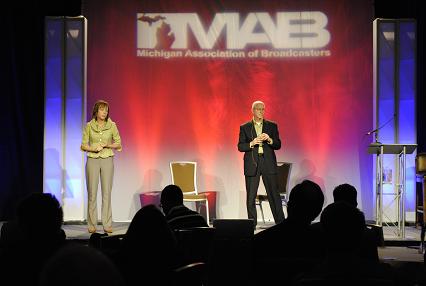 One of her points stood out to me because it speaks to the difficulty that programmers, managers, and air talent often face in interfacing with the audience and online communities - the loss of control.

In broadcasting, we aren't just used to being in the driver's seat, dispensing our content to an undifferentiated audience - we thrive on it.  We control the music, we control the conversation, and we control how and when commercials air.

But in the dynamic new world of digital media, the audience wants a seat at the table.  At Jacobs Media, we were having these discussions - specifically about Neo Radio - before entities like MySpace and Facebook either existed or became popular.  But now, empowered by the ability to organize and interact with one another, consumers are turbo-charged by the new tools, because in many cases, they allow them to enjoy their media choices even more because they become participants.

Consumers no longer need to sit back and watch the Olympic judges dispense their numbers while folks at home get frustrated.  So NBC initiated a "You Be The Judge" web application, allowing viewers to post their own scores for figure skating competition.  Same deal with the Academy Awards.  We've played along with Jeopardy and Wheel of Fortune for years - now the Internet enables more consumer participation and engagement.

In radio, we've been onto this for years, and as a company, we have championed consumer-generated content since the days when Ben McConnell first spoke at our Summit about creating listener "evangelists."  Whether it's voting for "Rock Girls," creating brackets for "March Bandness" competitions, and even creating TV spots and billboard campaigns, savvy stations have long banked on the audience for inspiration.

But there's a price to be paid, and it often is dispensed in the form known as loss of control.  When you allow the audience to openly comment on your Facebook fan page, you may not always like their views.  When you permit them to vote in various promotions and contests, you may not love their choices.  (Pro sports understands the dynamic when they let fans determine the starting lineups in all-star games.)

But the notion of "radical trust," as posited by Alison Circle in our session, hit home with many attendees who clearly need to think through the notion of ceding control and trusting the audience.  Wikipedia - which is essentially built on this foundation - defines "radical trust" as follows:

"A term used to describe the confidence that any structured organization, including government, library, business, religion and museum, has in collaboration and empowerment within online communities.  Specifically, it pertains to the use of blogs, wiki and online social networking platforms by organizations to cultivate relationships with an online community that then can provide feedback and direction for the organization's interest.  The organization 'trusts' and uses that input in its management."

For many in traditional media, this equates to an almost blind faith that the audience has knowledge and in the main, will do the right thing.  That's a tough putt for a lot of us, but the rising tide of consumer empowerment and community organizing will pass companies and entities by who don't trust in the input of the consumer.

As Alison so clearly pointed out, utilizing social media is so much more than setting up a Facebook fan page, and promoting your giveaways.

The audience wants a seat at the table.  They are a community.  And they are changing the nature of media, content creation, and the entire conversation.

Thanks to Alison for her contribution, and to Karole White, Jennifer Preslar, and everyone at the MAB for providing us with the platform to discuss these timely issues.  And Stephanie Weston for the photo.