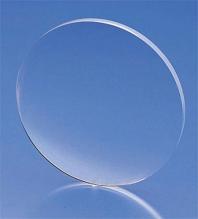 While conducting some focus groups last month, a number of respondents talked about a local station that had surveyed its listeners a number of years ago.  This station actually published some of the key findings of this study on its website, and then made the suggested changes on the air.  And it was effective.  These respondents gave that station kudos for asking the right questions, revealing the results, and making the right changes to their air sound.

Isn't that something that just about every station does?

Except for showing the audience the research part.

It's called transparency, and it's what Domino's recently practiced when they used focus group findings to drive major changes to their pizza recipe.  And it's what MSN is doing right now to improve its home page.

Why does it work?  Because consumers feel invested, they've participated and interacted with the station's research effort, they look over the findings, and they nod their heads when their ideas are implemented.

Yet, most of the time, stations conduct research, and keep their findings under lock and key, while they quietly make their adjustments.  And then they wait around for a couple of years to hope listeners figure it out.  Then they buy another research study to see of audience perceptions have changed.

That seems inefficient because it's a circuitous path to hope that improvements eventually become clear to listeners if they just listen to the station for a few hundred hours and eventually connect the dots.

Here's how it works:  The research shows that a station is playing too many '60s songs, so the station quietly removes one '60s song from their daytime clock, and then hopes the audience "gets it."  You wouldn't want the competition to know you've made this move (even though anyone with half a brain across the street has already picked up on the change by looking at Mediabase monitors).

Think about it this way:  Imagine putting that slide up on the website that clearly shows that a majority of people just like them want to hear fewer '60s songs, so starting Monday, that's what they'll get.  And imagine going on the air, and promoting that very same improvement.

Research is marketing.  And local radio stations that have long created a trust bridge with their listeners have a unique opportunity to makes these connections, and benefit from the process.  And the positive perceptions from these changes will translate into results much more quickly and clearly.

As more and more stations start commissioning research once again, think about how you can get true ROI on this investment.  A little transparency, communication with listeners, and proactive changes can help guarantee higher ratings this year.

I think radio (or any company that conducts research) has to approach publizing the results and subsequent changes they triggered with extreme care.

While I believe the Dominoes promotion is very unique and is recieved positively by the consumer....radio on the other hand has become such a hype machine, a lot of what the listener hears from station promos, liners and positioning statements has become wallpaper.

Right on! I am in complete agreement with this article.

Also, somebody as MSN was really smart or really lucky - it contains an ad stating, "We listened...the new MSN is coming"

Good piece Fred. I'll point again to one station/programmer that truly "gets it" and that would have to be WGRF-FM/Buffalo PD John Hager.

John is consistently polling/researching his audience and putting the results online.

By doing so (in my book), he's giving the audience much ownership and stock in the on-air product. And as most people inside the biz know, there's nothing like listening to something wonderful you've created. Listeners can share that feeling too.

Thanks for the comments and the observations, and it was great that Dan singled out John Hager at 97Rock who has truly elevated this technique to an art form.

local radio stations that have long created a trust bridge with their listeners have a unique opportunity to makes these connections, and benefit from the process.