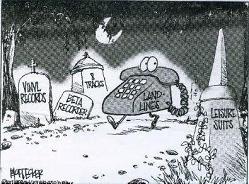 As more and more markets become part of the PPM measured world, we continue to grapple with the impact of the methodology on radio formats.  Clearly, there are many morning personalities getting less sleep, not to mention radio pros who have labored away in Smooth Jazz formats over the past many years only to find their stations becoming casualties.

But beyond these exceptions, there are countless examples that contradict much of the conventional wisdom about which formats benefit from electronic measurement.  The next time someone tells you that the all news format doesn't "print" in PPM, you might remind them of WTOP's ratings in the D.C. market.  Same with AC and B101 in Philly.  And the list goes on and on.

One format of note is Alternative, and the powerful impact that WRFF and now other similarly formatted stations are having in PPM.  The slimmed down, music-intensive approach on these Alternative stations is making lots of noise in market after market.  You could make a case that their success may be due to a lower commercial load, less emphaiss on currents, no DJs - or a combination of these attributes. 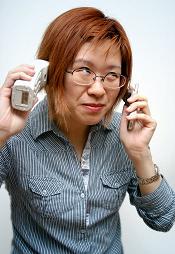 But I would suggest that another reason may be the inclusion of "cell phone only" households in PPM.  At the Country Radio Seminar in Nashville late last month, Nielsen reported that CPO samples produced huge increases in rock radio shares (60% higher than in the non-CPO sample).  While not as dramatic, Arbitron has also tracked a spike for rock among CPO households.

We first saw this phenomenon back in '05 when our first Tech Poll was released.  Way back then, there was a clear trend line that indicated that Alternative listening, in particular, was understated in non-CPO households because at that time, they were the only people who could receive a diary.

And the CPO phenomenon is showing steady growth as we've already glimpsed at our Tech Poll VI early returns, five years after the original research was shown at the Arbitron Advisory Council meetings.  We will release this data later this month, but I can tell you that the CPO story continues.

Arbitron and Nielsen have both stepped up and made the necessary sampling changes, and the results are meaningful.  Many of radio's primary research companies, however, have not adapted their own sampling methodologies to include CPO listeners.

A lesson from the past decade is that technology growth and innovation often alters the media landscape in significant and even surprising ways, whether it is the ubiquity of iPods, the proliferation of broadband, the explosion of smartphones, or this clear trend away from landlines.

Our ability to be viable as a medium moving forward is very much proportionate to our recognition of these changes, and our commitment to adapt to meet the needs of the people we are trying to reach.