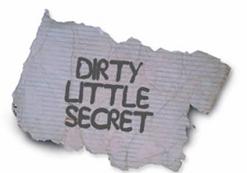 OK, "recession" aside, perhaps the three most oft-mentioned words in business and communications circles last year (and now this year) are "mobile," and "social media.'

We've discussed both phenomena in this space, and I can promise some powerful data from our Tech Poll VI which we're wrapping up as this blog posts.

Social media has become a mega-force because it changes the way we communicate with one another.  If you think about it, for decades and decades, people simply picked up the phone, wrote a letter (or sent a fax), or struck up a live conversation.  That's how people did business with one another.

Then the Internet came along, and we started emailing information.  Later, texting on mobile devices became shorthand for conversation.

But it has been the advent of social media, popularized first by MySpace, and now totally dominated by Facebook that has reinvented the way we interact with one another.  And Twitter is using some of the same principles to become a force in social media.

At the same time, there is no shortage of social media "experts," more than happy to advise businesses on the best way to utilize these new tools.  And caught in the middle are traditional advertising agencies, struggling to come across as hip, but often tethered to their traditional media roots.  When you have been proficient for decades at designing and creating campaigns for television, radio, and print, the explosion of social media can totally redefine the media plan - and with it, the core focus and staff of the agency itself.

We're all trying to learn and better understand this space, often reading whatever we can get our hands on to better grasp the change.  We were fortunate to have one of President Obama's top advisors, Scott Goodstein, speak at last fall's Summit at the NAB.  And since then, I have made a connection with Alison Circle, who heads up media and social networking for the Columbus (Ohio) Metropolitan Library.  I have truly enjoyed the insights gleaned from both of these new experts in the field, and will have a blog post coming up about my keynote session with Alison at the Mchigan Association of Broadcasters conference last week.

A recent case study in the "Business" section of The New York Times caught my attention.  It's the story of a new high-end startup - EPC Cigar - and the media choices they made in launching their new brand.  They had a $300,000 budget with lots of options in front of them:  taxi tops in New York City, TV ads on channels like Comedy Central, Spike, and Vh1, radio in NYC, Chicago, and L.A., and print ads in publications like The Wall Street Journal, Yachting, Golf Digest, Wine Spectator and Cigar Aficionado.

Instead, EPC Cigar went with their agency's choice and opted for a social media campaign that mostly uses website resources, Facebook, and Twitter.  This campaign only chewed up $40K, allowing them to divvy up the rest on trade shows, events, point of sales material, and some traditional media.  Part of their aversion to going the "old media" route was a belief they could get more bang for their buck with social media.

When the article was written in late February, EPC Cigar had garnered 700 Facebook fans and 250 users following their tweets on Twitter.  (Since the Times article appeared and I wrote this blog a few days later, they picked up another 700 fans.)

Now this doesn't strike me as great results.  Understanding that this is a premium brand that is aimed for a well-heeled male consumer, I picked WCSX here in Detroit - and they have twice the number of Facebook fans.  So what does that tell you?

In an effort to put these case studies in perspective, The Times sought out opinions from a panel of experts, some of whom expressed disappointment at EPC Cigar's small numbers of fans and followers.

As Donna Novitsky, CEO of BigTent pointed out, "The Facebook fan and Twitter follower numbers are extremely low — we would want to see tens of thousands, at least.  It is likely that cigar smokers and would-be cigar smokers are not the most active social media users.  It is also possible that avid social media users do not smoke $13 cigars.  Plus, the dirty little secret of viral marketing campaigns on social media is that it often takes a lot of traditional media marketing to get them started.”

That's a "dirty little secret" that every radio rep should be telling clients who are enamored with the "efficiency" of using only social media tools for branding and sales.  Traditional media still delivers the big numbers for new media monsters from Apple to Microsoft to Droid.

And there's a good reason why.

Great insights, and I couldn't agree with Ms Novitsky more; it's a fallacy to think of Social Media as an alternative to traditional marketing. You still have to have a well thought out campaign, and get your message out to the target audience through as many media outlets as possible. Social Media only works if you have people willing to talk about the brand, and often that only results from traditional marketing efforts.

Thanks for the comment, Chris. It's one thing to craft a cost-effective campaign. And a totally different thing to put together an EFFECTIVE campaign when you're banking it all on social media. The term "media mix" is often lost in the planning stage.