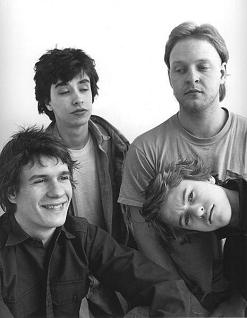 No, not the band.  In this post, we're talking about some of the gadgets and utilities that may be replaced by mobile gadgets.

We've watched our smartphone apps division, jacAPPS, grow by leaps and bounds.  As I write today's post, we have now designed and launched more than 140 apps that have now generated more than 2,000,000 downloads.  When I tell you that there is indeed a recession proof business and it's called mobile apps, believe me.

As more and more smartphones literally come cascading into the market, industry observers are beginning to connect the dots and conclude that not only are mobile gadgets not just fads, they will systematically replace many other devices and tools that we've used our entire lives.

Matt Brian's The Next Web predicts that mobile gadgets will totally supercede your alarm clock, satellite navigation systems, remote controls, payment terminals, your wallet, car keys, portable USB drives, and video conferencing and projectors.  (This last item makes me smile because it sure would be nice not to lug around all those peripherals to project a PowerPoint presentation on conference room walls.)

<CLICK HERE TO READ THE NEXT WEB ARTICLE REGARDING MOBILE GADGETS>

We have hard evidence that supports many of Matt's predictions in our many Tech Polls, especially for the alarm clock.  And recent research that we've seen for what's known as "osaifu keitai" - or "e-wallet" - suggests that when Asian mobile technology eventually reaches the States, our mobile devices will essentially serve as our credit card, transit pass, and car and house/dorm passkeys.

And the trend continues.  A recent BNET piece written by Chris Dannen, "Why Your Phone Will Soon Replace Your Laptop," goes so far as to suggest that your iPhone or Droid will become your computer of choice.  Dannen suggests that Google, Microsoft, Facebook, and Twitter are all angling to stake their claim in the mobile space.  And Apple COO Tim Cook (shown here) recently referred to his firm as "a mobile device company."

So, perhaps it's not much of a leap for me to suggest another possible replacement item for mobile devices - the radio.

As consumers yearn to consolidate their media gadgets into sleek, elegant packages, the traditional radio could very easily go by the wayside and simply become a part of your mobile device.

But is that a bad thing?  Or is it in actuality a way for radio to return to the major leagues by becoming ubiquitous in phones everywhere.  We're doing our part to develop mobile apps for big stations, small ones, Internet radio outlets, networks, and personalities.

And believe me - there is no greater thrill than developing a cool app for a small market station and see its beautiful icon sitting right alongside Facebook, Pandora, and Google Earth on my iPhone (and soon my iPad) "desktop."

And I don't mean aggregated apps that contain hundreds of radio stations, but individually branded apps for stations in Mendocino, Minot, and Milwaukee.  It is interesting that some small market broadcasters are actually getting the better of their mega-consolidated competitors in the radio app sweepstakes. 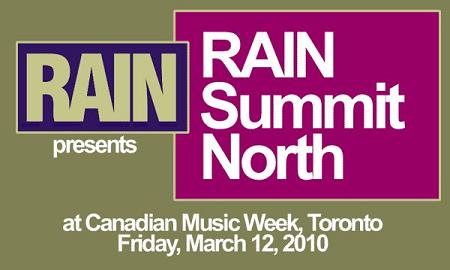 On Friday, I will be speaking at Kurt Hanson's RAIN "Summit North" in Toronto on this topic, as some pretty smart digital thinkers discuss the future implications and potentials of mobile.

As we have advised stations and companies for well more than a decade, your streams are your transportation into the digital future.  Mobile devices are now providing radio with a second chance at portability.

Will radio's content be up to the task of competing with global brands?

What version of IE? It's working fine from the blog using V8. Here's a direct link to copy and paste in your browser: