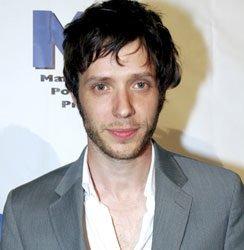 Is it any wonder that the record industry is in deep trouble?  Like other "old media" sectors, the establishment music industry has made one lame decision after another.  And it continues to lay the blame for its troubles in all the wrong places.

On this blog, we have devoted considerable space to questioning the logic behind the Performance Tax and the castigation of their best exposure medium - radio.

But in the New York Times  a couple of weekends back, there was evidence to suggest that radio shouldn't take it so personally.  That's because labels screw their own artists, and in the process, themselves.

On the Op-Ed page, lead singer and guitarist of OK Go, Damian Kulash Jr., took EMI to task for preventing the band's videos from being virally embedded all over the Internet.  What makes this so puzzling is that their homemade visual effort - the "treadmill video" for "Here It Goes Again" - was their big breakout event because fans made it an Internet hit.

As Kulash explained it, the video was viewed "millions, and then tens of millions of times.  It brought big crowds to our concerts on five continents, and by the time we returned to the studio, 700 shows, one Grammy and nearly three years later, EMI's ledger had a black number in our column."

But that was then.  This is the "new normal" where big companies cannot afford to pass on even the smallest revenue streams.  Kulash estimated that by preventing the embedding of their new videos, EMI stands to make somewhere around $5,400.  And in the process, they're preventing millions and millions of streams, free user-generated PR and positive recommendations.

The only explanation for this type of shortsighted decision making is that EMI somehow doesn't understand how content moves along the Internet, and the importance of an energized fan space in spreading the word about bands and their music.

By forcing OK Go fans to go to YouTube where EMI and other labels receive a miniscule amount of money per stream, they effectively sever their best avenue of distribution - the free, viral power of the Internet. 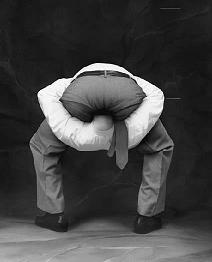 Kulash calls it a classic case of EMI "cutting off its nose to spite its face."

I agree, and not condoning the reprecussions, but inevitably the Recording Industry made piracy grow enormously over the past 5 years.

I can say that the internet has exposed me to music that I otherwise would not have been able to hear or ever knew existed. I live in R&B/Hip Hop central. There are no more Country, Dance, Swing/Jazz, or even a real "oldies" station(s) in Los Angeles anymore. It scares me to see 40+ year olds "bumping" hip hop in their cars, but can I blame them with a city that is saturated in HipHop/neo-R&B/Rap music? A city that has more than sufficient spanish stations, more than enough talk stations...It's no wonder people have converted to satellite radio and mp3s! Hell, I even find myself listening to the cable TV "music choice" channels more than the stereo/radio.

I want variety similar to Jack-FM(which has a great 80s-90s mix), but I'd love to hear Sinatra, Martin, Armstrong, Prima as well as maybe some dance/house music. Obviously, not all on the same dial for clashing reasons. Also, considering all of the frequencies that are available in Los Angeles, and considering the diversity of people, I cannot understand why there are not one swing, 50s R&R, House music, or even classic Country music station(s) available anymore?
Speaking for myself(and I know I'm not alone on this), I am tired of the "bedazzled/Mighty GemIt" lifestyle and culture already. I don't feel the need to bling out my grill, or grow dreadlocks and rap to raggaeton beats. What ever happened to, simply put; Classy and classic Music?
KLOS, JackFM, and sometimes KRTH are the only ones filling a void or niche, and if 2 out of the 3 have been on the air longer than most other stations in LA, what do you think their secret is? I have a notion it because they kept it real all those years, and stayed true to their programming. They outlasted the trends by not changing for changes sake.