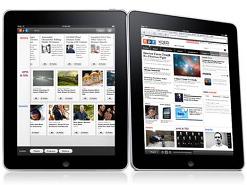 As many of you know, our company has been fortunate to work with public radio in one capacity or another for more than a decade.  As a bunch of guys raised in rock, it has been a learning experience for us to gain a better understanding of non-commercial radio, and why it continues to work so well in an increasingly competitive media environment.

Now that public radio and commercial radio reside side by side in PPM, many broadcasters have expressed surprise and even a sense of awe about the performance of certain public radio stations.  Well, they've been there all along, often flying below "Arbitron radar," garnering audience in different ways with a different mindset.

While we have worked for many different stations and organizations within public radio, much of our time has been spent inside NPR.  This network has experienced a great deal of change over the past few years, with its programming, its digital activities, and its senior staff.

At both the RAIN and NAB conferences, I was fortunate to spend time with NPR's digital guru, Kinsey Wilson.  Kinsey comes out of journalism, and spent some highly successful years with USA Today before joining NPR two years ago.  Since that time, he has had a significant impact on the way in which NPR strategizes and executes its digital plan.

At RAIN, Wilson keynoted, and told attendees that in the new digital age, media outlets have to respect the consumer - more than ever - because she is in control now.  NPR had an iPad app ready to go at launch because it's important to be where the audience is moving.  He loves his iPad, and pointed out at the mobile panel I moderated at NAB that a unique aspect of the device is that it allows consumers to move digital content with their hands.

In three words, Kinsey described NPR's goal as it relates to content and distribution:

Of course, creating content and applications for new gadgets and platforms may not pay off immediately, but it is a matter of moving where the puck is going.

(It is noteworthy that NPR generated substantial sponsor dollars with the release of their iPad app, so brand equity and a strong track record in digital mean a lot to key advertisers.)

While Wilson was navigating Vegas, NPR President/CEO Vivian Schiller was speaking at Ad Age's Digital Conference.  At her session, she reminded attendees that you cannot jump on "every bright, shiny object that comes along."  Instead, you have to pick and choose your spots, tracking consumer tastes and needs at every touch point.

Schiller told the Ad Age conference goers that at NPR, success as a "mission-driven organization" boils down to having a "religious fervor" about two things:

As she put it, "If you just keep focused on those two things, the rest of it falls into place."

At times, we all tend to over-think what our companies and brands need to accomplish, especially in these digital roller coaster times.  It is easy to get caught up by pundits who always tell you they have the right answers about where your brand should be going or what you need to do in order to survive.

Maybe.  But I would pay close attention to Wilson's three words and Schiller's two things.

So, Kinsey Wilson has an iPad. That explains a lot. He loves his iPad, so that's where the audience is going.

NPR (and APM) were quick to provide apps for the iPhone last year and have finally offered an app for Android users but so far have not provided apps for Blackberry, Palm or Symbian phones - let alone other tablets.
I'm sure Apple and AT&T love NPR.

Public radio has long been a culture of Mac groupies. I just read the new station manager of KCRW was first hired after she showed up to volunteer with an iMac. It's what they mostly use themselves. So they are blind to the bulk of the PC and phone market that does not belong to the Cult of Jobs.

Since NPR is not interested enough in me to provide apps for the platforms I have chosen to use, I will not be interested in responding at future pledge drives.

Wow, pretty rough comments for an organization that provides its programming on a wide variety of platforms, from Apple to Android. I will not defend NPR, but I can tell you as a developer that it is very challenging and pricey to be everywhere and most entities have to pick and choose their spots. You have the right to express vitriol over NPR's digital decisions, but you might find it more productive to calmly explain your situation to NPR and inform them of how you might better enjoy their content. And in the future, please give your real name when posting on this blog.