Some of you may be tired of hearing about Pandora in this blog, but I have a feeling that given its trajectory, I'm not going to be the only one expressing concern.  And as you'll see in the upcoming release of Jacobs Media's Tech Poll VI, your core listeners have discovered Pandora, allowing it to break away from the Internet radio pack.  In the next couple of years, Pandora is going to be a big deal.

While doing some research for this blog, Jacobs staffer, Elnora Lowe, happened upon the Pandora site, and found this initiative aimed at children: Yes, Pandora's Steve Hogan and Lucia are responsible for Pandora's "Children's Music" initiative which was launched in February.  Parents (or kids) can create their own "radio stations" in the traditional way by plugging in a favorite artist.  Or they can go right to branded channels that range in scope from "Rockin' Kids Radio" to "Toddler Radio" to "Sleepy Time."  There's even a channel called "Tween Radio."

It's yet another indication that Pandora sees opportunity in developing communities that traditional radio doesn't really value.  Radio Disney has been a brilliant initiative, but it is exiled to mostly AM radio.  And many broadcasters have been outspoken about the "uselessness" of surveying children between the ages of 6-11 in PPM.

Obviously, Pandora doesn't see it that way.  They'll happily take what broadcast radio perceives as table scraps.  But we all know what happens to children who grow up with products.  Not to mention their Gen Y and Gen X parents who may find a whole new way to listen to the radio. 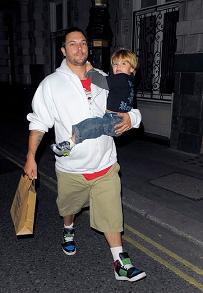 This is typical of the many comments that were posted on Pandora's blog:

Pandora is so great for every age, my son loves music as much as I do.  I truly wish I could get Pandora in the car the way xm or sirius works.  I wonder if there is anything like this in the works?  I'd buy it for sure!!

Combined with digital tools, Pandora is proving to be powerful stuff.