As part of Apple's new initiatives, there's something potentially breakthrough with iAd. 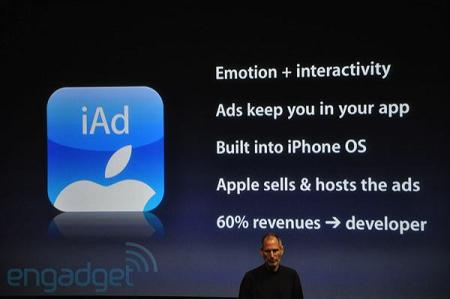 This is a new mobile ad platform that is designed to generate revenue sharing between Apple and developers.  But the more insightful part of Jobs' announcement was his very brash comment, "Most of this mobile advertising really sucks, and we thought we might be able to make some contributions."

After less than two years as an advertising vehicle, Jobs has already concluded that the quality of ads on iPhones and similar devices is lacking.  A better ad program can be a difference maker.  The same could be said for broadcast radio.

It's not just that Pandora, for example, runs fewer commercials than most FM stations.  It is about the quality of radio advertising in the current environment.  We can debate about spotloads and their impact in PPM, and more importantly, in the mind of the consumer.

But there is no argument about the types of ads that radio makes consumers endure, hour after hour, day after day, often in groups of five, six, or more of these poor quality ads in a row. 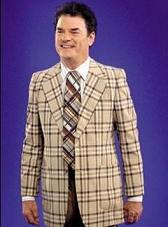 Yes, there is something to the value proposition that broadcast radio provides free programming without subscription fees in a "wireless" environment - in exchange for you sitting through lots of commercials. But where does it say that listeners have to put up with a diminishing quality of ads because most clusters skimp on providing advertisers and the audience with a better commercial environment?  When spots are cranked out assembly-line style, and when there's one beaten down person producing them for an entire cluster, no one benefits.

Jobs gets this.  The mobile platform is fun, exciting, and stimulating to smartphone owners.  But it won't be for long if the iPhone experience becomes a cluttered, ad-infested jungle.  Like the Internet, it is just a matter of time before "ad creep" sets in, sullying the environment and getting in the way of the user experience.

By trying to provide a better quality ad and by aggregating apps, Jobs deserves a cut.  I'm sure that by radio standards, 40% seems exorbitant.  But 60% of something is better than 100% of nothing.  And if it looks better and helps promote more app usage, doesn't that better serve the two most important constituencies - advertisers and audience?