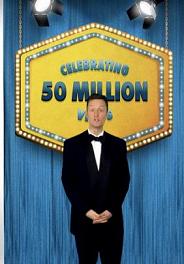 We’ve been talking about the impact of Pandora this week, so let’s move right to the data.

First and foremost, Pandora has emerged as the premier Internet radio station, now amassing more than 50,000,000 sign-ups.  This is significant because as a media source, Pandora now has critical mass.  And its position in Apple products, in cars with Ford SYNC, and through the Facebook network guarantees growth and exposure for the foreseeable future.  In many ways, Pandora has redefined the space.

Secondly, it has reached its goal, largely because of mobile.  As Tim Westergren stated last year, “Our future is going to be more mobile-centric than I had even thought – and sooner.”

Easy for him to say because Pandora captures 30,000 new sign-ups a day – just from the iPhone platform.  And last Christmas Day, Pandora nailed down 200,000 sign-ups – an incredible number.  So during a week that most of us simply take off, Pandora celebrated its biggest “new cume” experience. 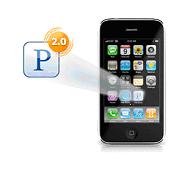 Here he is again, talking about the power of mobile for Pandora:

"(Mobile applications are) a real driver.  Between the iPhone and BlackBerry, we get half our new users from mobile.  It's really changed the perception of what Internet radio is.  For a long time we were stuck in this bucket of computer radio both in the minds of listeners and advertisers.  Now, everyone is beginning to realize that this is really radio.  You can take you iPod and plug it into your car or stereo system at home.  So there's been this wholesale recognition that this is the future of radio.  The places that were once the sole domain of broadcast-the car-are now the highest growth areas for Internet radio."

Pandora is no longer stuck in any bucket.  Westergren simply believes in being where people are, and that’s why Pandora has new subscribers coming from a wide range of gadgets, media, and brands.

By mid-year, Kurt Hanson of RAIN/AccuRadio estimates that Pandora will have about a 1-share of all U.S. radio listening by the end of this year.  (By his calculations, they’re sitting at a .8 right now.) That may not sound like a world beater, but when you consider all of the different places in which Pandora can be accessed, that level is sure to rise.  And while Pandora will always have a limited spot load and will not approach the terrestrial radio’s advertising numbers, some analysts estimate the Internet station could approach $100 million in revenue this year.

Some believe that while Pandora’s emergence as the premier streaming station may be noteworthy, the size of its audience and revenue base are still paltry in the big picture.

Yet, with 60,000 new sign-ups a day, Pandora is building cume, unlike any radio station any of us have ever seen.  When a local station has a cume bump of 60,000 listeners in a PPM book, programmers get ecstatic.  Pandora does this every day – and it’s all about their strategic goals. Pandora has a plan.  The average radio station might launch a cume-building promotion now and again, but in Pandora’s world, it is all about new sign-ups, all the time.  Stations use contests and giveaways.  Pandora does it with music, less clutter, and convenience.

Interestingly, I have talked with some heavy hitters in radio who still laugh at Pandora – its audience size, its advertising performance, and at Westergren himself.

I fail to see the humor.