All this week, we're talking Pandora.  So permit me to evoke a different medium - film - for a moment.

Maybe you remember Woody Allen’s Zelig back in the ‘80s.  Before there was Photoshop, Woody inserted this character into famous historical scenes.  It was a technical triumph, although not one of his better films.

In many ways, that’s how it feels with Pandora’s Tim Westergren.  Everywhere you look, there he is.

First and foremost, Steve Jobs is on stage, laying out his new OS4 platform for iPhone at a highly publicized conference last month.  And the next thing you know, there’s Tim Westergren, as Apple holds up Pandora as the paragon of music streaming in the mobile space. 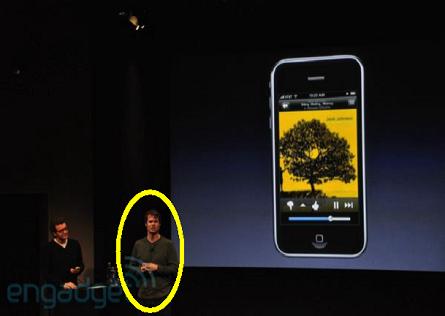 Then a couple of weeks later, Westergren and Pandora are a significant part of Facebook founder Mark Zuckerberg’s major presentation at f8 about how his social media monster is going to weave in music preferences and friend recommendations in an innovative way.  Once again, Pandora is at the center of a major tech/social announcement. 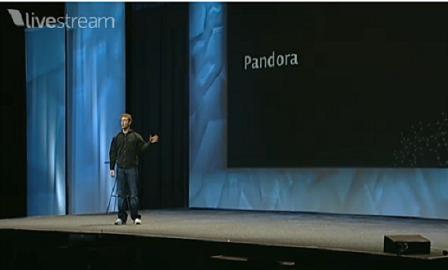 If you check out Ford SYNC’s demos, what do you see?  Yup, Pandora is their shining example of how the SYNC interface makes it easy for drivers to vote on songs while driving the kids to school: 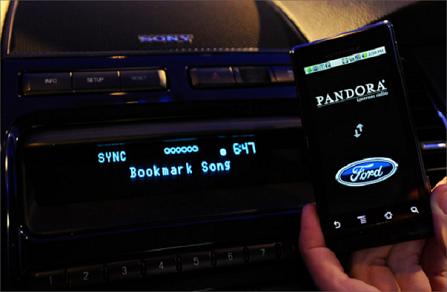 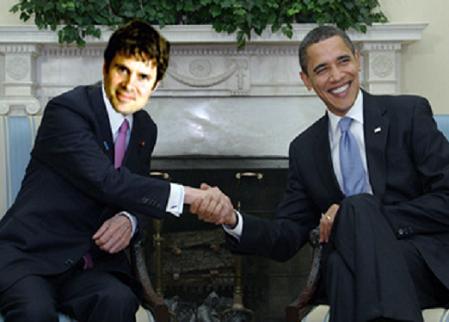 OK, I made that last one up.

But Westergren is all about ubiquity – for his brand and his streaming radio product.  By making sure that Pandora can be accessed just about everywhere – on mobile devices, in cars, in a wide variety of gadgets, on computers – Westergren is enabling more and more consumers to enjoy offering “thumbs up” or ‘thumbs down” to songs that are produced by his music genome.

And in the process, he’s building strong top-of-mind awareness for Pandora, enabling more sign-ups, more rounds of financing, new interest from advertisers, and more buzz.  Pandora is about music passion and word-of-mouth, and Westergren works it like no other.  While Sirius and XM depended on gazillions of dollars in TV, print, and other media, Pandora is taking a more viral approach – and mastering it in the process.

Tomorrow, let’s look at Pandora and mobile – the turbocharger behind its surge over the past year.

I'll add that Westergren is on the COVER of this week's Time Magazine (albeit inside a fold-out) along with Bill Clinton, Lada Gaga, and others, as one of the 100 Most Influential People in The World.

He is indeed everywhere these days.