Yesterday, radio listeners and sports fans alike lost a true icon.  So did we as broadcasters. 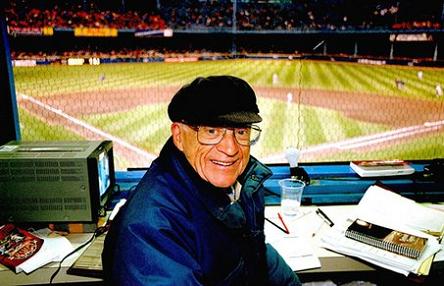 Ernie Harwell, the voice of the Detroit Tigers, passed away at the ripe old age of 92.  For decades, Ernie was the radio connection to the team, and served as the voice that many of us associate with baseball and growing up, sharing games with dads and other family members, and simply living here in Michigan.

But Ernie's influence was even greater because he was a true gentleman who respected others, big and small, while always finding the good in everyone and everything.  As I listened to Ken Calvert and Jamie Samuelsen on WCSX open up their show to fans, players, and friends (something you won't hear on Pandora, by the way), and Drew & Mike play back some great Ernie moments from their incredible archives, I'm reminded about how different broadcasting is today. 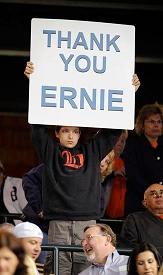 In short, Ernie defined civility.  At a time when ratings are made by shouting, screaming, and insults, Ernie must have secretly despised "shock jocks" radio, Reality TV, and most talk radio.  Yes, these genres entertain - but at a cost.  Someone is always the victim, and anger is the fuel that propels these shows.  Ernie didn't speak that language.

It all came to a head in late 1990 when the Tigers and WJR made perhaps the dumbest personnel decision in the history of radio when they fired Ernie in an effort to ostensibly go after younger demos.  Now I've been a part of some bonehead hiring and firing decisions, too (Phil Hendrie was the first morning guy at KLSX in the late '80s, so there you go), but none was bigger and more outrageous than Ernie being ousted from the Tiger Stadium broadcast booth.

The move inspired public outrage unlike anything I've seen before or since.  The entire state of Michigan was incensed, the rest of the media went crazy, and WJR was deluged with calls (and probably death threats).

The only person who displayed not a trace of anger, remorse, or negativity was Ernie.  In today's world, a similar situation might inspire lots of tears or bravado or a Facebook fan page protest (think Conan), and other "viral" attempts to persuade management to reverse their decision.

In Harwell's case, he let nature take its course.  The "new and improved" play-by-play team didn't have a chance.  And a couple of years later, Ernie was back behind the mic where he belonged, and the planets realigned.  The Tigers still sucked, but at least Ernie was the voice that ushered in each spring, giving Michiganders a sense of hope and continuity. 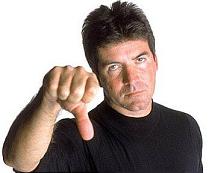 At a time when "You lie" is celebrated, when shouting, outrage, exaggeration, and innuendo are encouraged, and you win ratings on "American Idol" by humiliating hard-working amateur contestants, Ernie Harwell stands out even more as a throwback, a gentleman, and as someone who became out of step with how it's done.

Too bad.  At a time when being bad, mean, nasty, and bold is celebrated, Ernie always pointed to a better way.  We could learn a lot from Ernie Harwell.