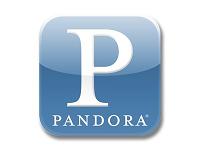 There’s been a considerable amount of talk in the industry over the past year or two about Pandora and exactly how broadcast radio should think of them.

We’ve devoted several posts to Pandora in this blog, especially after attending a Meet-Up here in the Detroit area late last year.  At that time, Pandora founder, Tim Westergren, talked about his plans to change the media world – specifically radio:

"We are very ambitious about what we want to achieve with this company... We are setting our sights on really changing this thing called radio - completely.  Our goal is to replace broadcast music radio with something more personalized; something more inclusive than it’s ever been before and to ultimately build a musician’s middle class.”

Well, that got my attention. 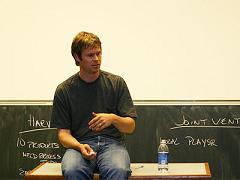 We’ve also noted that Westergren has actively lobbied the millions of Pandora members to support the so-called performance tax so that broadcast radio pays its “fair share.”

In this context, Pandora might strike you as a threat if you work in broadcast radio, and recent results from our newest Technology Survey reinforce that notion.  Pandora is hot, Pandora is buzzworthy, and to many core radio listeners – the ones who sign up for station databases – Pandora is a superior music product to the FM stations in their markets.

So, over the next few days, we’ll take a look at Pandora – friend or foe – and examine what they’re doing right, what FM radio can do to more effectively compete, whether this is another satellite radio threat that’s a lot of hype, or something altogether different.  We’ll also take a look at the numbers from our recently released Technology Survey, so you will have a better sense of what real radio listeners are thinking about Pandora.

As always, the best topics are the ones in which you participate.  So as “Pandora Week” rolls out, please feel free to chime in with your comment.