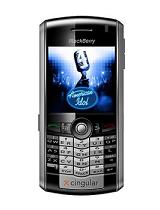 In focus and L.A.B. groups over the past year, I continue to be impressed by how many radio listeners enjoy participating, rather than be the passive consumers most have been for their entire lives.

Maybe it's the explosion of shows like American Idol, where the whole country can vote for the up and coming stars they love - or hate.  Or the way that Major League Baseball continues to tally fan votes for the All Star Game.  Or whether the mass adoption of Facebook and other social networks simply provides everyone with a forum for opinion, comments, attitudes, and observations.

As many mourn the death of journalism as we have known it from the traditional Fourth Estate persepctive, the end result is that everyone has become a writer, reporter, observer, pundit, and maven.

So what does this mean for radio, personalities, and teams?

The audience wants to be involved in your life, and revels in having a say over the things you do.  This isn't as ominous as it sounds, and in fact, can be engaging and loyalty-inducing.

A recent case in point is Toronto Raptors' star Chris Bosh.  Nearing the end of his contract and the dawn of his free agency, Bosh has a big decision to make.

And in social media fashion, he's turned to his friends and followers for advice.

Late last month, his tweet to his more than 100,000 followers (think about that) was:

"Been wanting to ask.  Where should I go next season and why?"

Sure, this is a good topic for sports talk radio, but it's an even more interesting discussion on Twitter.

And to clarify the question an hour later, Bosh offered this more succinct tweet, with a nod to Mick Jones:

"OK... Let me rephrase the question.  Should I stay or should I go?"

Some of the media observers have interpreted these missives as Bosh needing attention, love, and affection.

I think he's stirring it up, engaging fans, circumventing the media, and creating a great soap opera - all at no cost, thanks to the viral nature of our digital environment.

This isn't hard, but it does require that personalities open themselves up, provide some transparency, and actually be willing to face the good and the bad from their audience.  For professionals who enjoy the privacy and physical anonymity offered by a mic and a hunk of glass in a soundproofed room, this is a major leap.

But it is also a way to continue to be a part of a conversation that is rapidly passing them by.  Consumers are finding other media personalities outside of radio to worship, while broadcast owners are wondering whether the ratings they generate are worth the salaries they pay.

At a time when broadcast managers now have to grapple with issues like who owns social media assets, personalities and management teams have a great opportunity to work together to rekindle some of the fan flames that have not been especially hot these past few years.

I think there has always been a faction that wants to get involved and/or make their thoughts/feelings known.

In radio, we were used to these individuals calling in on the request line or taking the time to write a letter.

With today's technology is so much easier to accomodate these "active" people. It can sometimes lead the recipient of this feedback into false assumptions.

I still believe a majority of the consumers (or listeners) are passive....they know what they like. They also know what they don't like. My feelings are if they aren't getting what they like, they just move until they find something that suits them without bothering to let their feelings be known.

Good points all, Don. While most are passive observors, engaging those core active fans is a goal especially as more consumers express a desire to weigh in. Thanks for commenting.